August is the highest of high-season months for holidaying in Western Europe. Companies, shops and restaurants shut down, freeing up the frazzled citizens of countries such as France, Italy and Spain, who flock to beaches, swarm into mountains and pack out national parks.

Factor in peak-season prices and the growing anti-tourist sentiment currently pervading honeypot cities such as Barcelona and Venice, and now might be the time to consider the eastern half of the continent.

Six ways to holiday in Europe with children without going broke

Many Western holidaymakers continue to overlook “new” Europe, put off perhaps by recollections of the cold war era. Times have moved on, however, and established Eastern European sun-and-sand favourites Croatia and Montenegro are finding themselves competing with underrated and undiscovered holiday spots in countries as diverse as Latvia, Slovenia, Macedonia and Romania.

So skip the traffic jams in Italy; the “no vacancies” signs in Parisian hostel windows; and head instead to Serbia’s Tara National Park or the cobbled streets and fortified walls of Bulgaria’s Veliko Tarnovo.

Here are six under-the-radar destinations that are unlikely to be swamped with sightseers in August. 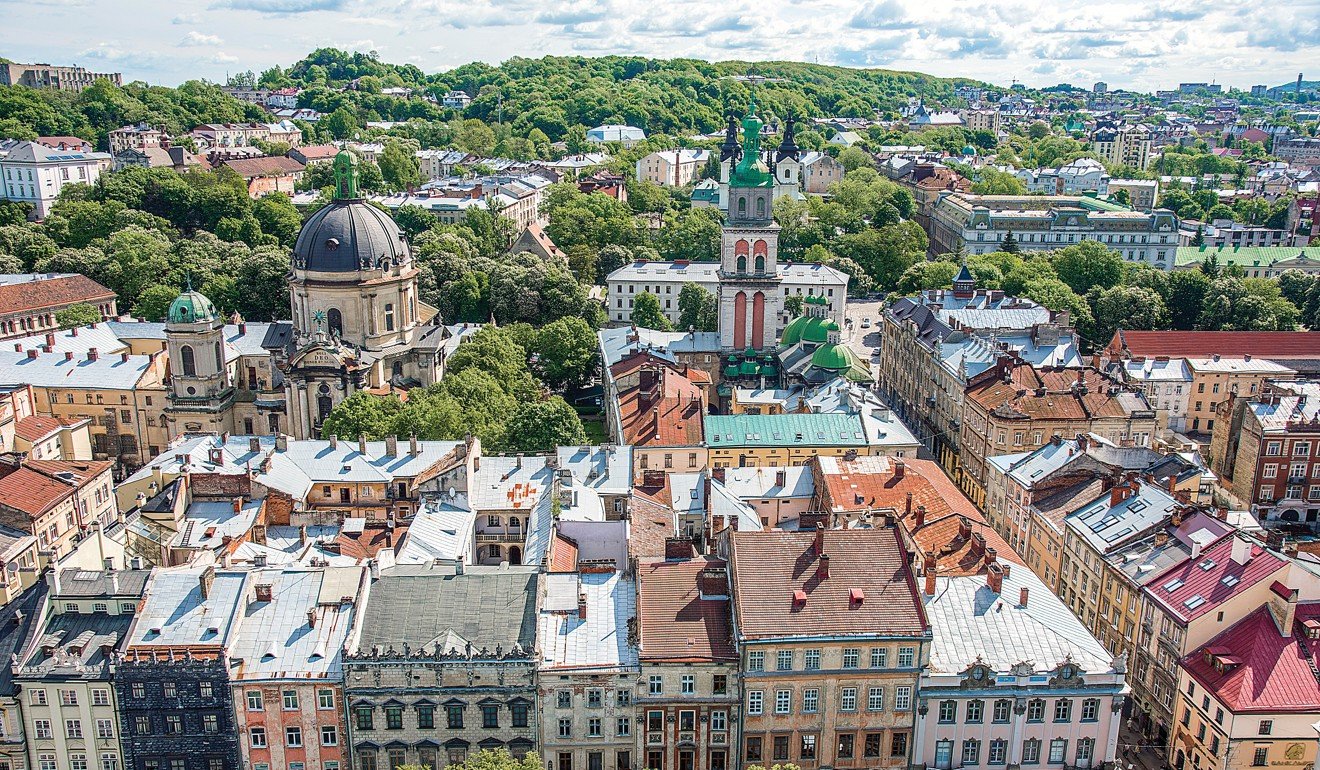 War, what is it good for? Absolutely nothing. Except keeping holidaymakers away. Ukraine’s tourism industry nosedived in 2014 as a result of the conflict with Russia but visitors are gradually returning to cities such as Lviv, which is far from the front line.

The cultural capital of Ukraine is a collision of architectural styles, from baroque to belle époque, and Renaissance to art nouveau. Eager-to-please locals have yet to become jaded with visitors and will happily point you in the direction of the Chocolate Workshop, which is as self-indulgent as it sounds, and bars selling excellent local craft beers (“Those who drink Lviv beer will live for a hundred years”).

Ukraine’s currency, the hryvnia, has enjoyed a rebound in 2018 but Lviv remains an affordable jewel – and yet, for some reason, only Moldovans and Belarusians seem to be in on the secret. I won’t tell anyone if you don’t.

Getting there: Air France, Emirates, Lufthansa and Qatar Airways offer connecting flights from Hong Kong to Kiev. To reach Lviv from the Ukrainian capital, take a train or a short domestic flight. 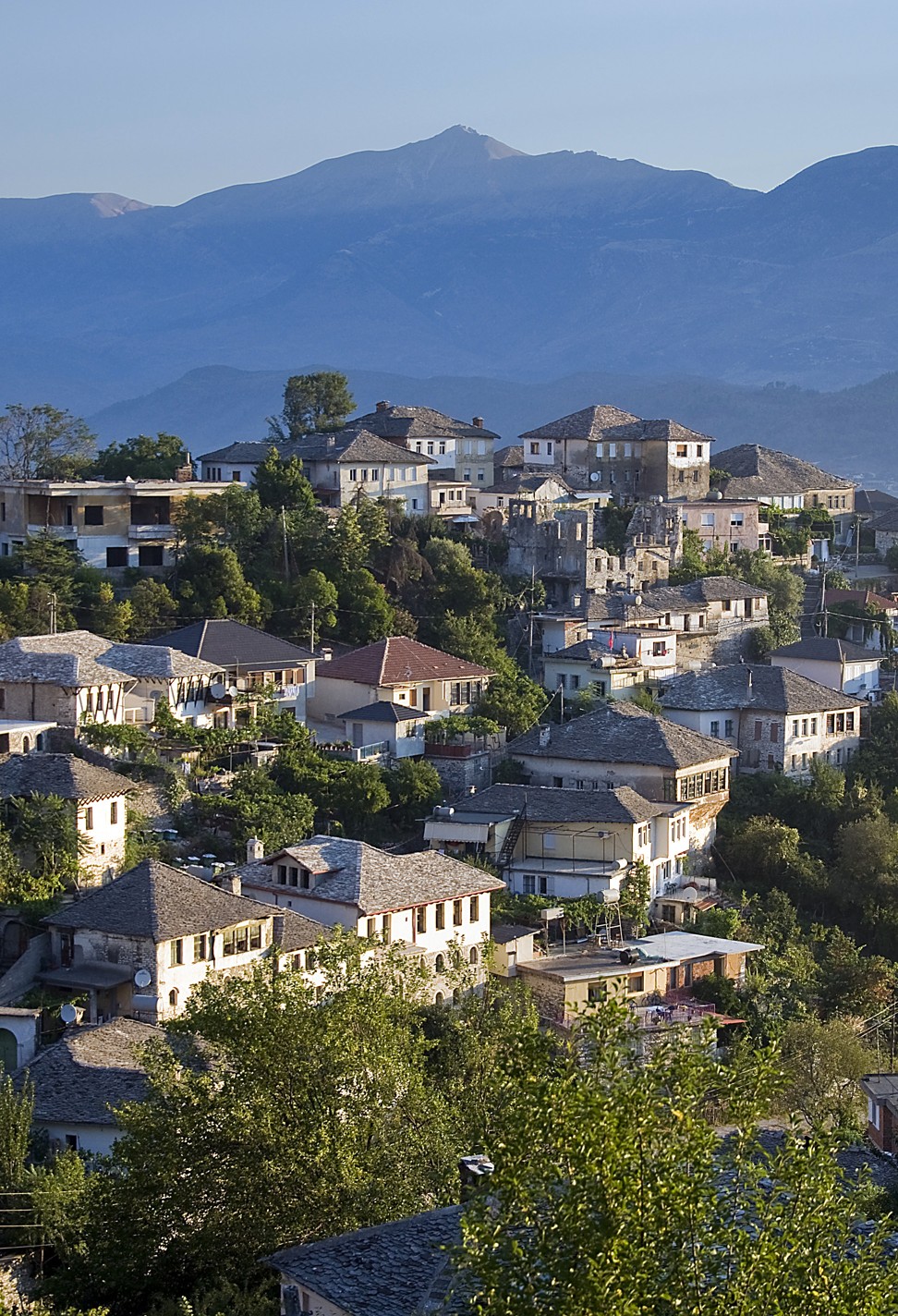 The birthplace of Enver Hoxha, the dictator who ruled Albania with an iron fist for more than 40 years until his death in 1985, might not seem an obvious place to aim for, but Gjirokastër is a real gem. Wander the maze of winding streets – “Gjiro” is known as the City of a Thousand Steps – past the Ottoman-era bazaar and two-storey houses that have earned the hilly settlement recogni­tion from Unesco.

Huff and puff up to the 12th-century castle, from where there are bird’s-eye views across the fertile Drina Valley, or amble from cafe to cafe and leave others to work up a sweat.

If you fancy a change of pace, or have an urge to experience that other, busier August, the Greek island of Corfu is only a two-hour taxi and ferry ride away.

Getting there: Lufthansa or Turkish Airlines offer connecting flights to the capital of Albania, Tirana, from Hong Kong. Take a bus or hire a car to reach Gjirokastër. 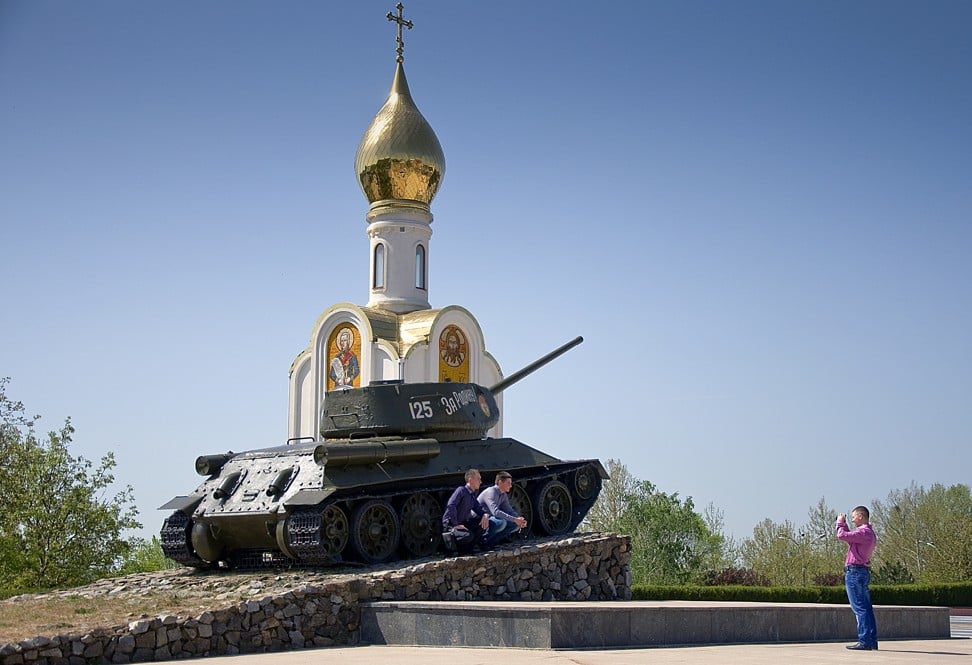 Wedged between Romania and Ukraine and on the periphery of Europe in more ways than one, the Republic of Moldova is one of Europe’s poorest states but its most enigmatic. Bereft of tourist attractions – or tourists – Moldova is one of the least visited countries in Europe, so you’ll have the place to yourself in August – or any other month for that matter.

The capital, Chisinau, deserves a day or two, but doesn’t really set the pulse racing. For that you need to nip over the border to “Narnia”.

Transnistria is a breakaway republic situated on Moldova’s eastern boundary that looks to Russia politically, culturally and linguistically. You have to cross a pseudo frontier to enter the non-existent nation (expect to pay a small bribe for not using purple ink on your immigration form, or some similarly spurious misdemeanour).

In the “capital”, Tiraspol, you can change money, although the Transnistrian rouble is worth slightly less than the paper it’s written on, and buy Transnistrian postage stamps, but they’ll only deliver if the recipient also lives in Never Never Land.

Getting there: Lufthansa or Turkish Airlines offer connecting flights to Chisinau from Hong Kong. From there, take a bus or hire a car to reach Transnistria. 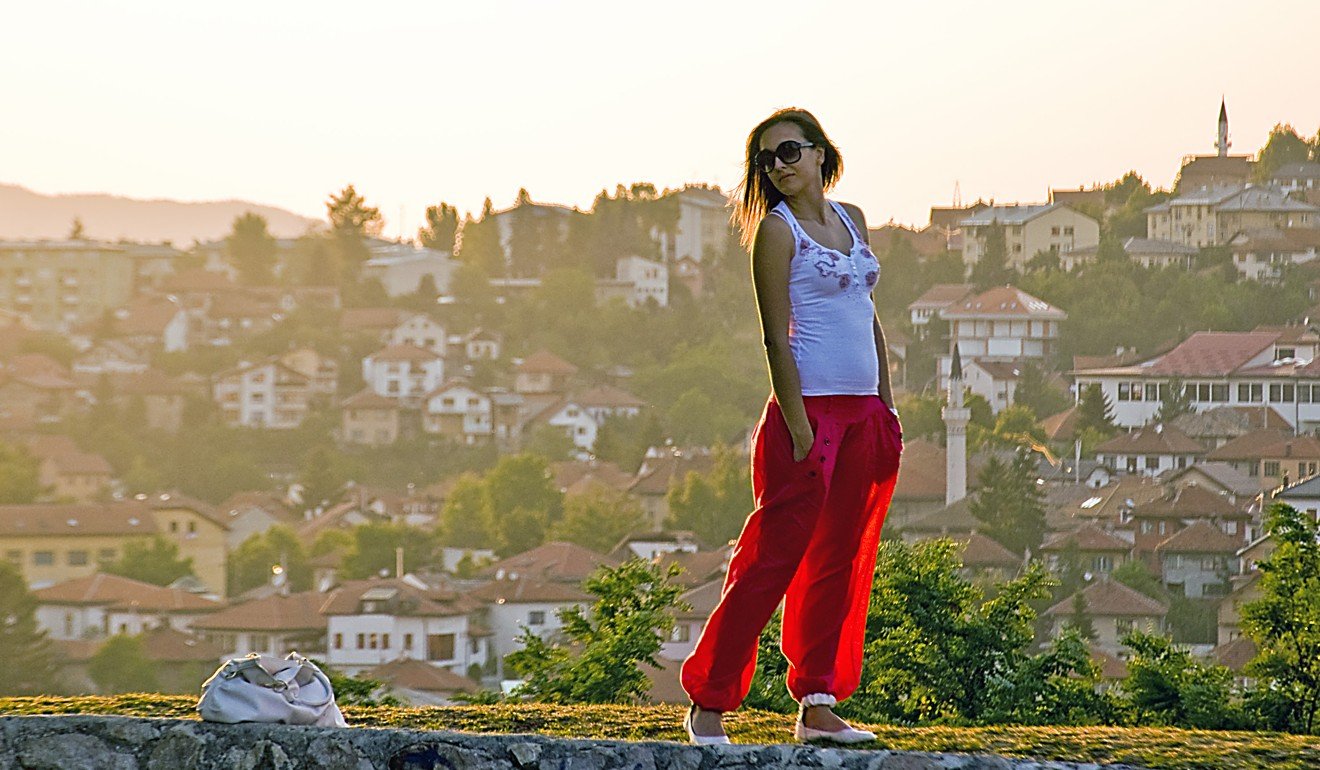 Dark tourism (travelling to sites asso­ciated with death, disaster and atrocity), is becoming increasingly popular and Bosnia is a big player. Easy-going Sarajevo wears its turbulent history on its sleeve, so start by strolling to the street corner where Serb radical Gavrilo Princip assassinated Archduke Franz Ferdinand; an event that fast-tracked Europe into the first world war.

Next, join a Siege of Sarajevo tour and learn how Serbian militia positioned in the hills surrounding the city relentlessly targeted civilians and infrastructure with rocket, mortar and sniper fire from April 1992 until February 1996. You’ll drive down a boulevard once known rather ominously as Sniper Alley and scramble along an 800-metre tunnel that connected inhabitants with the outside world, allowing food, fuel, medical supplies and troop reinforcements to reach the beleaguered city. 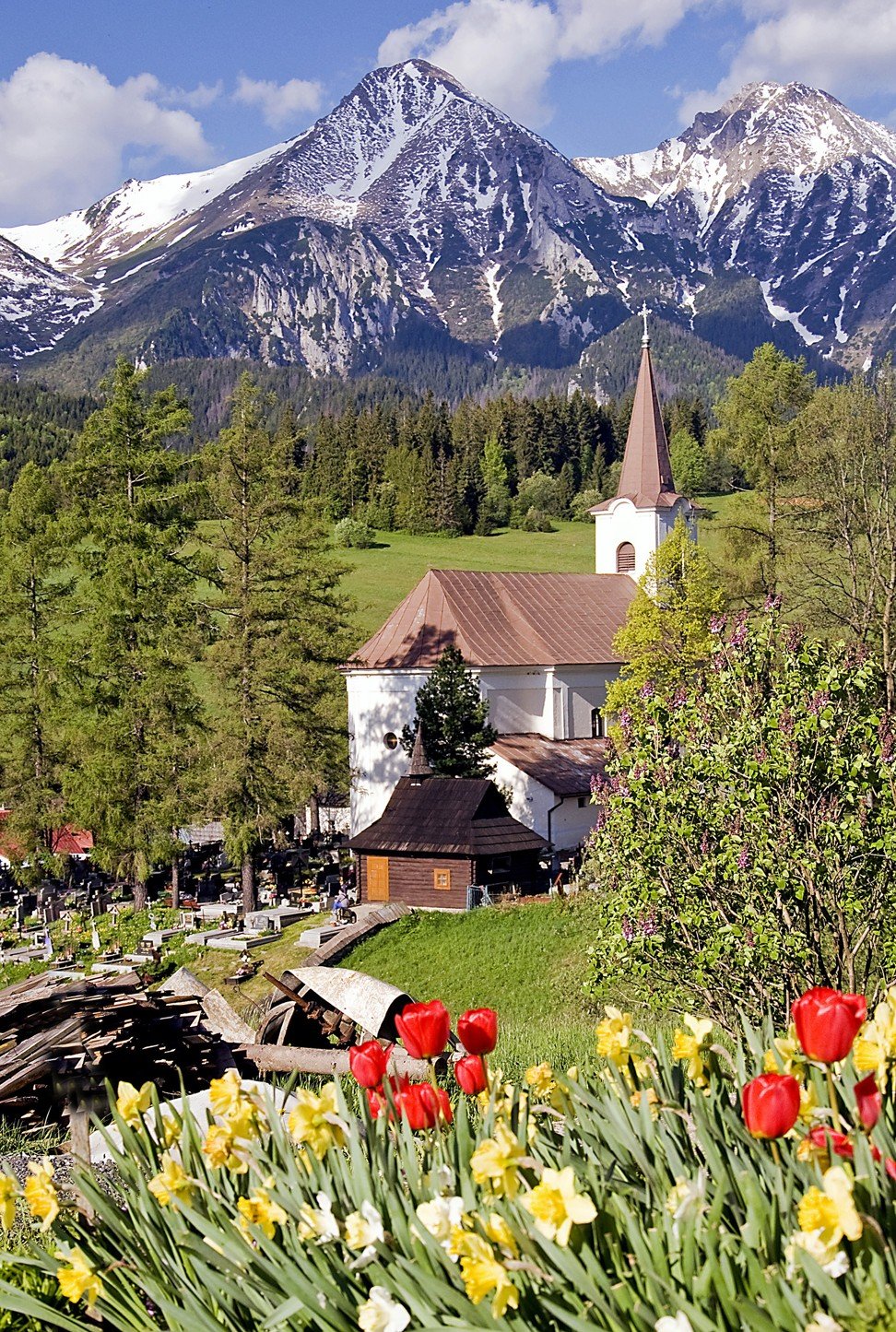 To escape the summer heat and what passes for crowds in the Slovak capital, hop on a train to Poprad, gateway to the Tatras mountain range, which forms a border between Slovakia and Poland. The Unesco Biosphere Reserve is criss-crossed by a network of hiking trails, punctu­ated by lakes, forests and waterfalls.

Use the scenic village of Ždiar as a base and, once you’ve made friends with the likeable locals, you’ll find yourself returning later in the year for some of Europe’s least expensive skiing.

Getting there: Emirates flies from Hong Kong to Bratislava via Dubai. 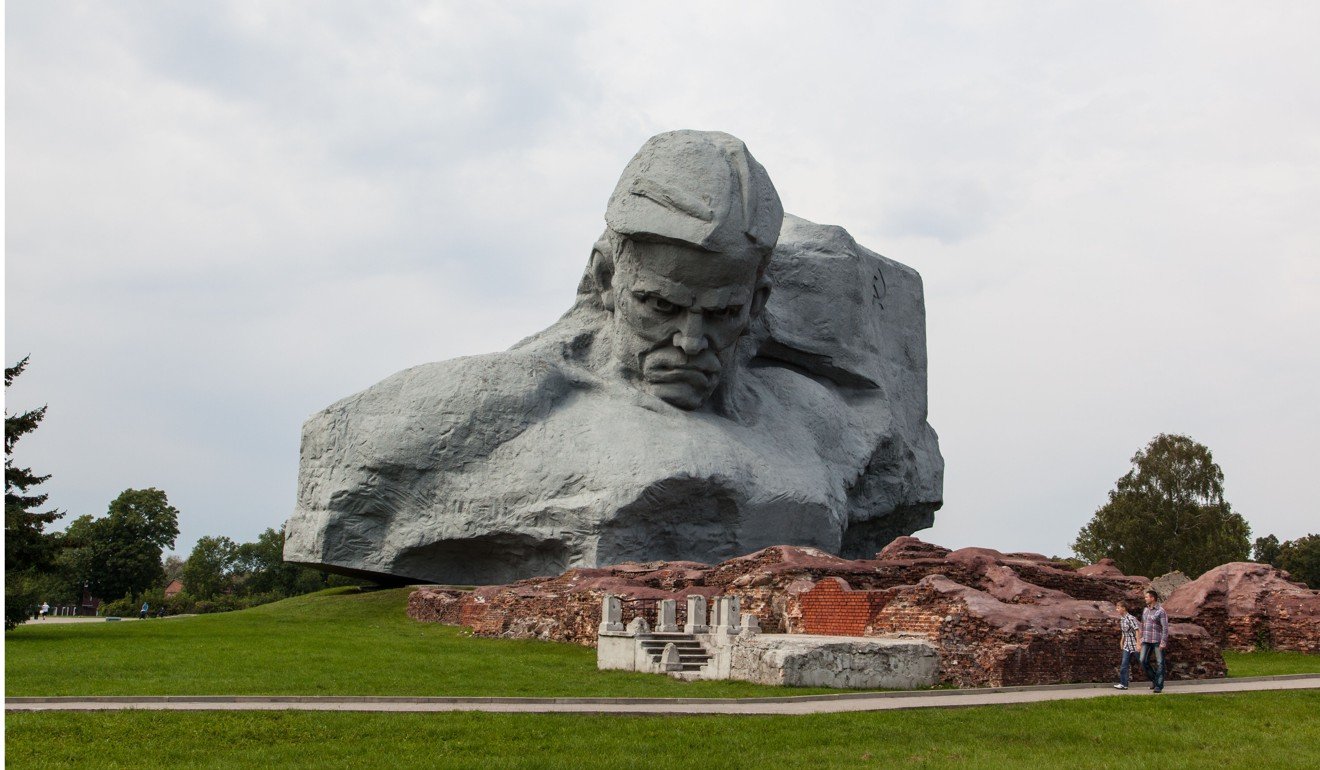 Europe’s last dictatorship is the only country in the continent that retains the death penalty (by gunfire, if you’re interest­ed). But don’t let that put you off visiting Belarus – unless you’re an international drug smuggler, or hatching a plan to topple President Lukashenko.

The capital, Minsk, is undergoing a transformation and although Soviet relic the GUM department store is still going strong, big global brands are changing the retailing landscape.

Situated on the banks of the Svisloch River, the Trinity Hill suburb is Minsk’s historic centre; a picturesque area of churches, museums and art galleries; shops, cafes and restaurants. In 2017, the government introduced visa-free entry for visits of up to five days for citizens of 80 countries and territories, including Hong Kong. That might not seem such a big deal, but then you’ve probably never seen a Belarus visa form.

Getting there: Emirates flies from Hong Kong to Minsk via Dubai.

What benefits a Canadian PR holder gets?

Manoj Palwe speaks with our Canadian Associate Mr. Sumedh Nene about the benefits of having a Canadian PR. If you’d like to know more about how you can … source YouTube Related Posts:Edited Transcript of […]

How to appeal to changing urban consumer landscape

[ad_1] As part of its ‘how to target evolving urban consumers’ report, Lan Ha, Senior Consultant on Population from market research provider, Euromonitor International, details key findings on how urbanisation is spearheading consumer trends. Based […]