At the end of April, US President Donald Trump ordered his officials to come up with a way to charge a fee to asylum seekers to submit their application. The move is aimed at discouraging people who don’t have legitimate grounds for asylum and to reduce a backlog of claims.

Human rights advocates have
objected that charging asylum seekers a fee would push migrants further into
poverty. A day after the changes were announced, the United Nations refugee agency responded, saying that seeking asylum is a fundamental human right.
Having to pay to submit an application for asylum may put the process out of reach for many people, which would be denying their human rights, critics say.

Where do you have to pay to apply for asylum?

Most countries do not charge fees to apply for asylum, but there are some that do:

Australia requires payment of a fee for
obtaining a Temporary Protection Visa, the main form of asylum available to migrants who arrive by boat. New Zealand also charges for a Refugee Claimant
Visitor Visa which is issued to asylum seekers who are waiting for their claim to be processed.

Canada charges for applying for permanent
residence for protected persons and refugees, and Iran charges for issuing identification documents.

Could it happen in Europe?

No country in Europe charges a direct fee to submit an asylum application, and they are unlikely to introduce one, says Wiebke Judith, a legal adviser with Pro Asyl, a human rights organization in Germany. According to European Union law, EU countries have to enable people to ask for asylum without making it difficult. Charging a fee to submit an application for asylum would affect the right to access the asylum procedure. “You must allow people to seek asylum, so you cannot make it dependent on whether they can afford it or not.”

A fee, which would prevent some people from submitting an application for asylum, could also lead to refoulement – forced return to a country where they risk persecution

according to Judith. This would go against a core principle of international refugee law.

Even if European countries don’t introduce direct fees to apply for asylum, some governments have used different means to make it hard for people to ask for protection

– in Hungary’s case, by putting up fences or “transit zones” on the border where irregular immigrants are detained and even denied food.

A lot of EU states already impose indirect charges that can make the process unaffordable for some people. For example, in the Czech Republic, applicants for international
protection who are in asylum facilities have to contribute to the cost of food
and accommodation. Similarly, Hungary requires asylum seekers to pay detention costs. Other countries charge for translation of documents or mandatory health examinations. 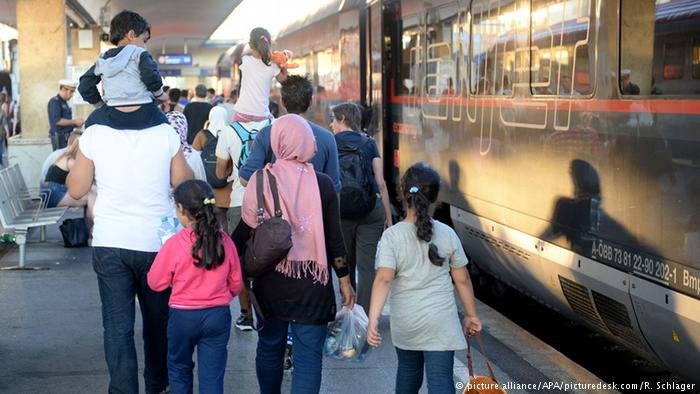 In Switzerland, which does not charge for a first asylum application, applicants do have to pay for a reexamination if they are rejected. It is also common in Europe that an asylum seeker whose application is rejected and who appeals the decision is forced to pay for legal advice and representation.

There are cases in which asylum seekers are faced with even more “hidden” costs. For example, several countries in Europe, including Greece, Italy the
United Kingdom and France, have telephone or online systems for registration of
asylum applications. In France, the phone service was initially announced as
being free of charge, but in fact phone operators charge 6c a minute for calls, and people using the service have reported having to hold for over half an hour
before speaking to a migration officer.

Indirect costs and charges may represent a financial burden for asylum seekers just as fences make it harder to seek protection in Europe, but for Wiebke Judith, there’s a difference between these “hindrances” and an actual fee for claiming asylum. For now she doesn’t think we will see European governments following Trump’s lead and requiring migrants to pay for something they currently consider to be a right.

will life mean life when the Christchurch mosque killer is sentenced?

[ad_1] On the very day New Zealand entered COVID-19 lockdown (March 26), the man arrested for the Christchurch mosque terror attacks admitted he was a murderer and a terrorist. Despite the lockdown, Justice Mander arranged […]

UK Visa Process for Living in the UK (after Brexit Vote)

Confused about the UK Visa process for living in the UK? I’m an American expat living in London married to a British man. I’ve been through the fiance visa and … source YouTube Related Posts:Movies […]