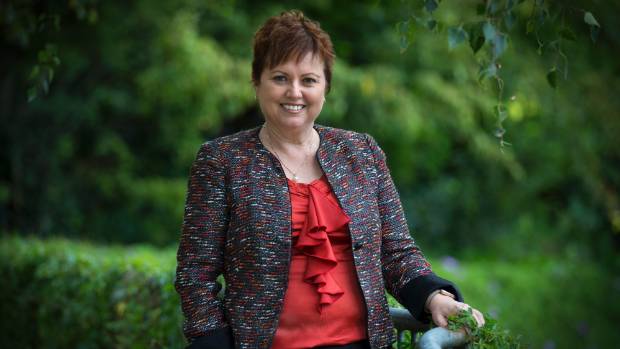 Massey University Vice-Chancellor Jan Thomas appears to have wanted Don Brash stopped from speaking as “it would be good if we can cut it off at the pass somehow”.

OPINION: I like to think of it as my greatest hit.

It was a column written six years ago about international students and the way universities and polytechnics were enjoying the academic ruse of taking full fees from students under the guise of internationalisation.

What started in the 1970s as a legitimate practice to create study and research links to foreign shores became a cash cow in the 1990s as institutions large and small enjoyed raking in pot loads of foreign cash.

So anyone questioning the wisdom of bankrolling New Zealand’s tertiary system without considering the hidden international student costs was soon shouted down.

But question the costs I did. I had lectured at Wintec with a class composed of 42 students, 38 of whom were international students who could barely speak English.

They were there in big numbers in business studies and despite all academic research confirming this was not best practice to stuff classes full of international students seeking a “New Zealand learning experience”, Wintec did exactly that and academic quality and integrity were quickly forgotten.

It was common practice throughout the tertiary sector. Money talks and the international student market was talking.

Management took the money knowing the students were there on the minimum academic standards allowed, many were not up to the demands of tertiary study, and the institutions were simply taking the money with little concern for academic culture, the students themselves or the wider community.

Higher education was higher no more. It was simply business. And business was good. University life was now filled with corporatespeak of markets and brand leverage.

The heads of our local tertiary centres all defended the culture that today has largely been revealed for the corrupt academic system it became.

In doing so, they were knee-capping the major polytechnics of EFTS (equivalent full time students) and the money that would have saved them from the financial crisis many of them are now in.

Government has estimated half of the country’s 16 polytechnics will be in deficit in two years and 80 per cent will be losing money in five years.

Wintec may be caught in the crossfire as enrolments decline and student confusion remains about the merits of polytechnics offering degree programmes instead of focusing on trades qualifications.

The tertiary financial crisis was always just ahead and the rampant mismanagement across the sector now has New Zealand’s largest tertiary provider Unitec facing a $31-million debt that taxpayers will bail out.

The reliance on international students was always a false economy as long as the costs remained hidden and academic staff couldn’t raise concerns for fear of losing their jobs.

New Zealand’s tertiary system became more corporate where vice-chancellors spoke of marketing and PR while academic staff at the coalface knew there was top-down pressure to confer qualifications on international students who shouldn’t be passing.

The adoption of corporate culture has not served our tertiary sector well.

Which brings me to Massey University.

I first had concerns about academic culture at Massey University after seeing their racist and sexist ‘I am’ campaign in 2015. I wrote a column critical of the campaign’s adverts featuring students swinging from chandeliers, walking on water or balancing pencils on their lips

It didn’t communicate the benefits of aspiring to study at Massey University as a commitment to a prestigious academic brand.

It revealed much of Massey’s corporate culture when the university later conferred an Honorary Doctorate of Literature on Madame Peng Liyuan, first lady to the President of the People’s Republic of China

What should have been met with widespread protest was welcomed by management as an accommodation to the Chinese market.

It appeared to be lost on Massey University staff and students that Madame Peng had sung in uniform to the “brave troops” in Tiananmen Square after the 1989 student democracy movement had been violently quashed.

And so today we have Massey University Vice-Chancellor Jan Thomas caught lying about her rationale behind stopping Don Brash speaking appointment on campus.

It is another public collision behind New Zealand’s corporate culture and higher education’s role to act as critic and conscience of society.

What was publicly revealed by Massey University as a security scare wasn’t.

Vice-Chancellor Thomas has been caught in a paper trail that suggests her public comments and private motivations were different. She wanted Brash stopped from speaking as “it would be good if we can cut it off at the pass somehow”.

Our universities should be conduits to ideas that challenge, confront and stimulate us to consider New Zealand society in all its forms.

Higher education in Hamilton, in Palmerston North and around the country is under threat because of the ever-shifting corporate culture that dominates its management practice.

Higher education must aspire to act above the ordinary or be damned by the same criticism routinely levelled at New Zealand’s corporate sector.

[ad_1] There is no doubt the United States is a magnet for immigrants, but with a crackdown on both illegal and legal immigration under President Donald Trump, how does it compare with other countries when […]