Nova Scotia hopes that fast-tracking the immigration process for early childhood educators will help fill the growing number of jobs created by the continued rollout of pre-primary across the province and the new daycare spaces promised by Ottawa.

She called it “an innovative new stream designed specifically to respond to Nova Scotia’s unique labour market needs and demands.”

The change will allow the province to invite people with federal pre-approval to come to Canada to immigrate immediately to Nova Scotia to fill that industry need.

Next week, the province will send letters to 180 people who have the required two years of experience in early childhood education, inviting them to immigrate here.

Diab said her department has not set an immigration target, but she hopes some of the early childhood educators will choose to come to Nova Scotia now, rather than continue to wait for an offer by their preferred choice of province or territory.

The maximum number of applicants Nova Scotia is entitled to every year, under the provincial nominee program is 1,350. So far this year the province has nominated 785, or about 65 per cent of its quota. 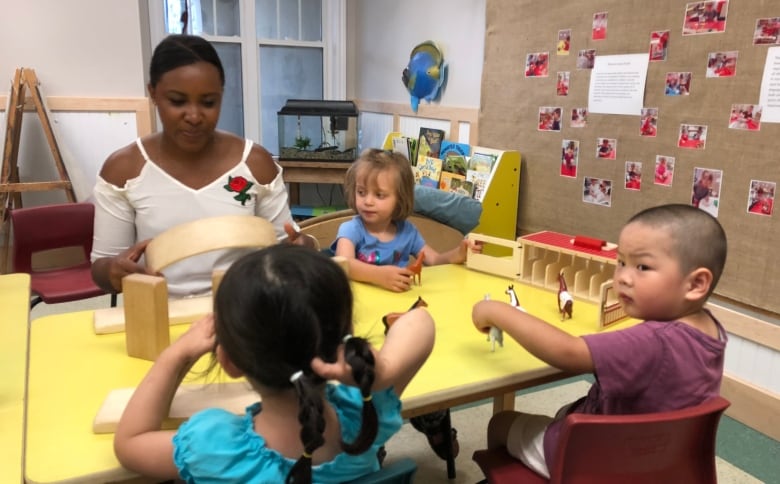 Nova Scotia plans to speed up the immigration process for early childhood educators in order to help fill vacancies in that profession. (Jean Laroche/CBC)

Deb Malbeuf, the executive director of the University Children’s Centre, which hosted the news conference, expressed some support for the program.

“I hope it does what it says it’s going to do,” she said. “I hope it brings newcomers. I know right now in the field of early childhood there is definitely a need for workers.”

But Malbeuf also hoped the government could do more to help international students who have graduated from private colleges after being trained as early childhood educators.

Last fall, Ottawa denied work permits to dozens of those graduates and claimed it had erroneously been issuing permits to previous graduates of the program.

Malbeuf said the new immigration stream might help in the future, but noted she has two vacancies at her centre that need to be filled immediately.

[ad_1] Embattled political strategist Warren Kinsella on Friday shed new light on the “seek and destroy” campaign his company was hired to conduct against Maxime Bernier’s People’s Party of Canada, saying he set three conditions when he accepted […]