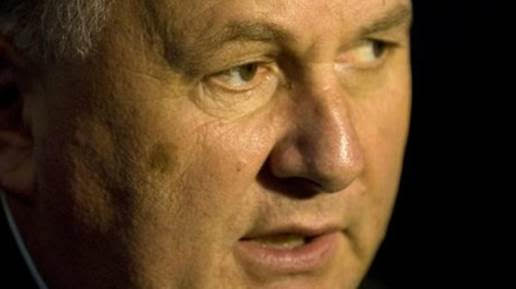 SHANE JONES may just have come up with a sure-fire MMP threshold-busting election strategy. He has committed NZ First to formulating a comprehensive “population policy”. If handled adroitly, this exercise will likely evoke a strong electoral response from “native” New Zealanders. Almost certainly powerful enough to guarantee the party’s return to Parliament.

Since the mid-1980s, both Labour and National have followed the population policy first enunciated in the 1986 Review of Immigration Policy commissioned by the Labour Party Immigration Minister, Kerry Burke. In essence, the Burke Review was about engineering New Zealand’s demographic transformation. From a “white” country – albeit one with an indigenous adjunct – New Zealand was to become a multicultural nation. NZ First has consistently opposed this policy. It has not, however, found a way of moving beyond rhetorical flourishes about “Asian Invasions” towards formulating a clear, “first principles” population policy of its own. That may be about to change.

The “activists” and “radicals” (Jones’ words) from the Indian community who took such strong exception to his remarks about Immigration NZ’s treatment of arranged marriages, may end up bitterly regretting their intervention. Jones is not the sort of person who turns the other cheek to his critics. He is, however, the sort of highly-educated individual who understands the wisdom of taking controversial issues right back to first principles. Shrewd enough, also, to recognise the advantage of undertaking such an exercise in relation to the rapidly changing shape of New Zealand’s population.

Unlike the young commentator on Maori issues, Morgan Godfery, Jones recognises the threat posed to tangata whenua by the dramatic expansion in the number of immigrants from China and the Indian sub-continent. In the space of less than 40 years, the percentage of the New Zealand population designated “Asian” has undergone a seven-fold increase: from 2 percent to 15 percent. If this extraordinary rate of increase continues, then within the next decade the “Asian” population of New Zealand will overtake that of Maori. Godfery insists that this need not be a problem since, in relation to the political position of the indigenous people, it is the Treaty of Waitangi that counts – not the size of the Maori population. Godfery’s optimism is heroic.

A population policy is, however, about a great deal more than mere immigration statistics. It begins, as the Burke Review does, by asking questions about what sort of country New Zealand should be. Back in the mid-1980s, the assumption of the Review’s authors was that New Zealand was much too deeply rooted in the values and prejudices of its colonial past. Though they did not express it in terms as explicit as our trans-Tasman cousin’s “White Australia” policy, New Zealanders subscribed to exactly the same notion that immigration should be shaped by the existing racial contours of the nation. This view limited the countries-of-origin of any new arrivals to the British Isles, North America, North-West Europe, Australia and the island micro-states of the South Pacific. The Burke Review dismissed this stance as racist and short-sighted. The Empire was dead. New Zealand and the rest of the world stood on the threshold of “The Asian Century”.

In the years since Jim Bolger described New Zealand as “an Asian country”, to the present day, the implications of the Burke Review’s repudiation of the “cultural fit” approach to immigration have revealed themselves in demographic and cultural changes that have altered New Zealand dramatically, if not irrevocably. Crucially, the whole process was facilitated by the consistent support of both major parties. Politically, it is not wise to challenge the “Multicultural New Zealand” consensus. Not unless you enjoy being called a racist and/or a white supremacist.

Jones may not enjoy being called a racist, but he is unwilling to let such taunts deflect him from what he clearly perceives to be his duty to defend the cultural and political integrity of his homeland. In this he is (like his leader) hugely assisted by his indigenous identity. Eight hundred years of continuous occupation of these islands gives Maori a slightly more solid position from which to pronounce upon Aotearoa’s core values than people who have been here for eight hundred days. It allows him to become the spokesperson for all those who have lost patience with a political class that point-blank refuses to listen to anyone whose views run counter to the official multicultural consensus.

The problem facing the political class of New Zealand (along with just about every other western nation) is that the impatience of these dissenters has grown to the point where its potential for serious political disruption is obvious to anyone with the slightest trace of populist ambition. And Shane Jones has considerably more than a trace.

Taking the NZ First membership back to first principles on immigration would likely produce a policy radically at odds with the official consensus. New Zealand would, in all probability, emerge from this exercise as a unique mixture of indigenous and western values: an egalitarian, secular and democratic nation under no obligation whatsoever to subordinate – or even adapt – its cultural values and political institutions to the needs of people arriving here from other parts of the world. To those who do not like this version of New Zealand, the members and supporters of NZ First would doubtless reiterate Jones’ advice to catch the next plane home.

It is not difficult to grasp why, all around the world, the immigration issue has become the ideal opener for some very large cans of worms. It feeds directly into just about every facet of life under neoliberalism. Jones and NZ First may begin by formulating a radically different population policy, but from there they are certain to move into a host of other contentious issues.

Not the least of these is likely to be the role played by the mainstream news media in defending the neoliberal/multicultural consensus. It is probable that Jones already perceives the enormous political benefits of casting the nation’s media as mouthpieces for the unmandated transformation of New Zealand’s society and culture. Alongside the “radical” and “activist” immigrants who daily assail him, he will be able to set “woke” journalists. Their increasingly shrill attacks, far from harming NZ First, will only highlight how little they have in common with “garden variety” New Zealanders. What else can they be but “enemies of the people”?

Neither Labour nor National will be able to do very much to counter this strategy. Their complicity in the creation of multicultural New Zealand precludes them from doing anything more than mumbling embarrassingly about immigration numbers. The Greens, naturally, will be rendered incandescent with rage by the “racism” of their partner in government. To no avail. Providing Jones is equal to the task of describing the New Zealand his party’s population policy is determined to preserve, protect and defend, NZ First’s worries about clearing the 5 percent MMP threshold can be put to rest – and Winston reassured that he has chosen a worthy successor.

So You Want To Move To America

Welcome to America. We would love to have you here. 🙂 source YouTube Related Posts:Random Happenings in New York City This WeekMovies on TV this week: April 12 ‘Network’ on TCMThe 100 greatest UK No […]

This is from my own point of view and experience, and compared to the other countries I’ve lived. If you want to leave a negative comment or message on my … source YouTube Related Posts:Random […]

the budget promise that could work for some

[ad_1] “There’s a certain romance about being out in the fields,” said Mr Murday, 29. “You get to know who you’re working with pretty well because a lot of the time you’re living together and […]