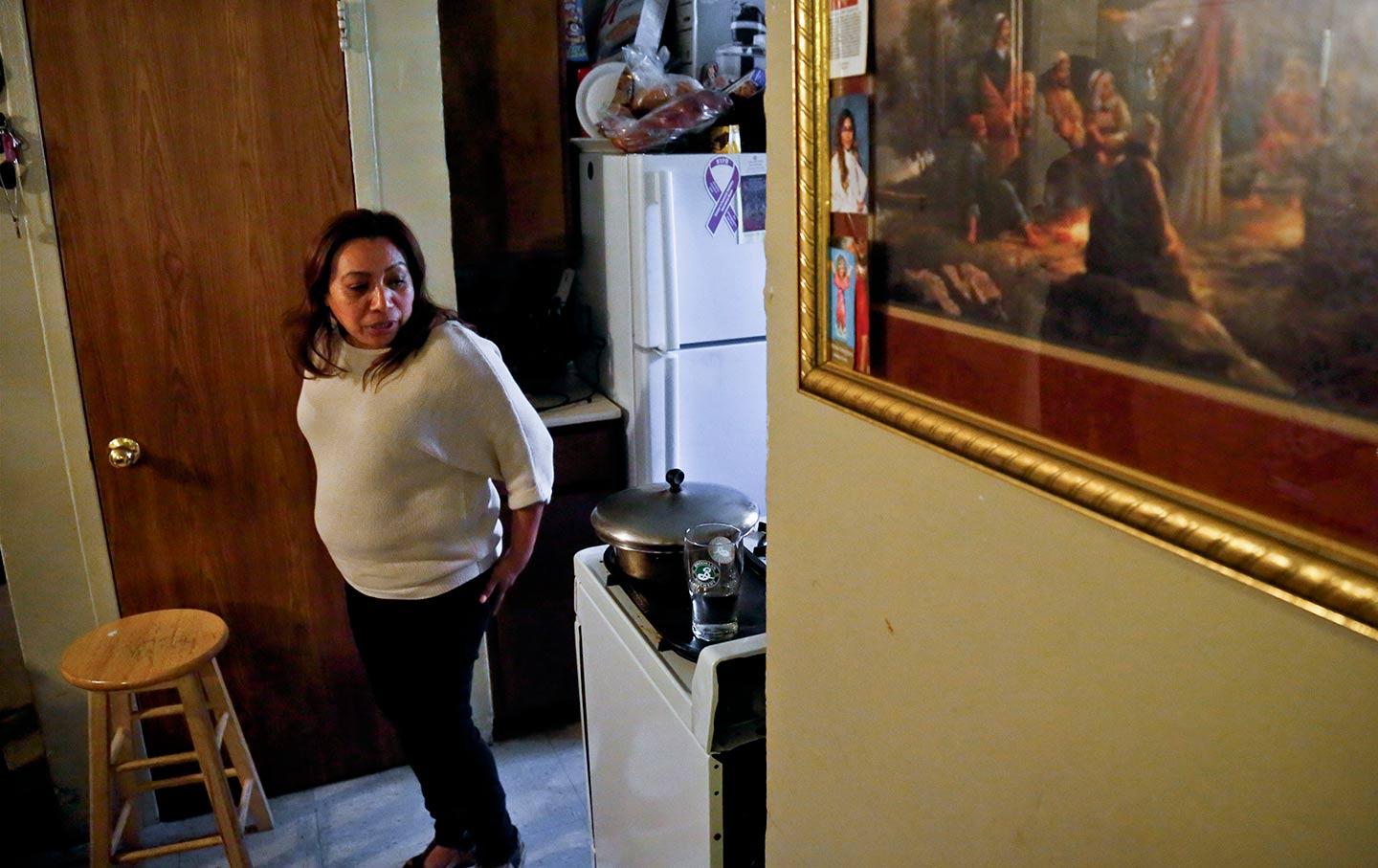 Rosa, an undocumented immigrant, used to receive about $190 per month from the federal Supplemental Nutrition Assistance Program, or SNAP, but she stopped taking benefits fearing that it could lead to her deportation. (AP Photo / Bebeto Matthews)

Thank you for signing up. For more from The Nation, check out our latest issue.
Subscribe now for as little as $2 a month!

The Nation is reader supported: Chip in $10 or more to help us continue to write about the issues that matter.

Thank you for signing up. For more from The Nation, check out our latest issue.

Travel With The Nation

Be the first to hear about Nation Travels destinations, and explore the world with kindred spirits.

Did you know you can support The Nation by drinking wine?

By dramatically expanding whom the United States deems likely to become a “public charge,” the Trump administration will deny entry to more immigrants while punishing hundreds of thousand of immigrants who are here legally. Set to take effect in January, new rules will direct immigration officers to reject naturalization, visa petitions, and green cards for individuals who have taken advantage of assistance like Medicaid, food stamps, or even Earned Income Tax Credits.

I served as a consular officer for the State Department from 2011 until March of this year, and witnessed the use of the public-charge ineligibility firsthand. As a visa officer in countries like Nigeria and Nicaragua, I judged the worthiness of immigrant applicants and their US-citizen loved ones based on their wealth and privilege. That’s bad enough; the public-charge designation has long been a racist, classist tool. But with these new regulations, the Trump team has found a way to use government bureaucracy to maximize the suffering of immigrants. Far from expanding the public-charge ineligibility, we should abandon it, just as we renounced discriminatory immigration policies like literacy tests and statutory bans on those with HIV/AIDS.

Rules about public charges have masked discrimination in the immigration process for more than a century. One of the first pieces of federal immigration policy was the Immigration Act of 1882, which required immigration officials to bar entry for “any convict, lunatic, idiot, or any person unable to take care of himself or herself without becoming a public charge.” Proposed by nativist congressmen from New York and Massachusetts, the purpose of the “public charge” was to empower immigration officers to prevent the migration of Irish Catholics to the United States. The rule was amended in 1891 and 1917 to make sure such “undesirable aliens” would be deported.

The immigration officials of that era—State Department consular officers at US embassies and consulates—were the primary enforcers of the public charge. The State Department was mostly white, male, Protestant, and wealthy (“pale, male, and Yale” was the not entirely inaccurate stereotype). As Hidetaka Hirota’s book, Expelling the Poor, outlined, the public-charge label rapidly became the go-to technique for preventing individuals from Eastern Europe, Asia, and Africa from entering the United States. Even wealthy immigrant applicants found themselves being held inadmissible, because consular officers believed they might someday require governmental assistance or take a job away from an American citizen. From the 1880s to the 1940s, officers used this tool to block hundreds of thousands of people from entering the United States.

Consular bosses back in Washington, DC, gave oral, and therefore difficult-to-challenge, instructions to staff across embassies and consulates in Europe to limit even the small numbers of Jewish refugees from Germany that were legally allowed to enter in the 1930s. Only on the eve of World War II did the Consular Bureau relax its use of the public charge, but it was still used to keep out unmarried women, gays and lesbians, the disabled, and all others considered as deviating from the ideal—some might say mythical—American norms. Over time, presidents and courts have limited the power of the public charge to financial requirements and the rules we have today.

Right now, foreign-born applicants looking to reunite with their US-citizen loved ones through the visa process must secure an “affidavit of support,” in which a sponsor promises to financially support the applicant. In addition to this affidavit, officers are told to measure the “totality of the circumstances” of a visa applicant and look to their age, health, family status, education, and financial status. This means that if you were old and disabled, your age and disability could lead to your being labelled a “public charge” and barred entry. But if you were wealthy and owned real estate, then you were worthy to become a permanent resident and, one day, a US citizen. While we have outlawed disability and age discrimination as unacceptable in American society, the public charge is one of the few places where it is spelled out, promoted, and enforced.

The people most affected by public-charge regulations are American citizens and permanent residents trying to reunite with their foreign-born spouse, children, parents, or siblings. Immigration officials have already interrogated these individuals about medical, criminal, and security issues. The public-charge criteria has nothing to do with safety. 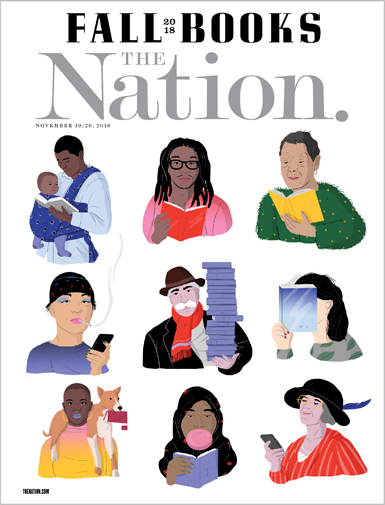 The rules are laid out in our Foreign Affairs Manual. There is no scoring system or algorithm—the decision is ultimately left up to the consular officer. Often officers who do not like or trust an applicant use the “totality of the circumstances” to delay or deny a visa, hiding behind the public-charge inadmissibility. I’ve heard tales of families with children with severe cerebral palsy being delayed or denied due to the public-charge issue. One officer told me that she used the threat of the public-charge inadmissibility to delay an applicant because his wife spoke no English and therefore couldn’t “make it” in the United States.

Though much has changed since the early days of the State Department, it’s still very white. Only 5.4 percent of career diplomats are African American, and 5.6 percent are Hispanic. You therefore have a predominantly white consular core judging the worthiness of predominantly brown immigrant-visa applicants. With Trump’s new regulations, officers with biases will now see their biases legitimated.

The new rules, like the original law, emerge from ethnic chauvinism. One of the individuals who helped craft Trump’s expanded public-charge regulation, policy analyst Ian Smith, was forced to resign from the Department of Homeland Security because of his ties to white nationalists. The Trump administration, having been unable to build its promised wall, is now using the public charge to meet those same racist, xenophobic aims.

Under the expanded policy, non-cash benefits such as non-emergency Medicaid, food stamps, Section 8, and certain Medicare subsidies would be included as “negative factors” when it comes time for applicants to get their green cards. It will force immigrant many visa applicants to make Faustian bargains between getting health care and jeopardizing their chance of obtaining a green card. It will even encourage people to lie on their government paperwork. For example, when certain noncitizens file taxes, if they’re not careful, they could subject themselves to separation from their children and deportation by seeking the Earned Income Tax Credit.

If you like this article, please give today to help fund The Nation’s work.

These changes terrorize immigrant communities. There is widespread fear that even those government benefits that do not fall under the new rules could make immigrants targets for deportation and separation from their children. Noncitizen parents are now faced with painful choices about whether to enroll their US-citizen children in schools, Obamacare, or children’s health insurance. The purpose of these regulations is clearly to make the lives of immigrants so unbearable that they leave the United States and take their nonwhite family with them.

From October 10, 2018, until December 10, 2018, the Department of Homeland Security will accept public comments on these proposed rule changes. The administration must legally review the comments and respond to them before publishing the rule. This is your chance to go on the record—not only against these changes but against the entire notion that someone’s income should determine whether they should be reunited or stay with their loved ones. With enough outcry, maybe we can still moderate the proposed rules and show that abolishing the public charge altogether should become part of the progressive agenda.

Spread the love SHANE JONES may just have come up with a sure-fire MMP threshold-busting election strategy. He has committed NZ First to formulating a comprehensive “population policy”. If handled adroitly, this exercise will likely […]

How I Live + Work in the UK (Legally)

Spread the love I’m explaining how, as an American, I can live and work in the UK, legally. It’s not easy to move to England as an American but I’ll tell you how I’ve done […]