Tina* arrived in Sydney in February on a working holiday visa and with visions of a new life with her New Zealand-born partner, Brad*, who she’d been in a long-distance relationship since June 2019.

She had no idea that within weeks, she’d be jobless, homeless and in financial difficulty.

“It’s fortunate that I got to come to Australia to be with him, but unfortunate for the timing. It went wrong pretty quickly,” says the 27-year-old from the UK.

In early March, the couple drove to Western Australia to secure jobs for the upcoming winter season. But not long after arriving, their dreams were shattered.

“Everything was shutting down,” says Brad. “Supermarkets were emptying, we lost our jobs, countries were locking down, state borders were closing, and we were about to be stuck.” 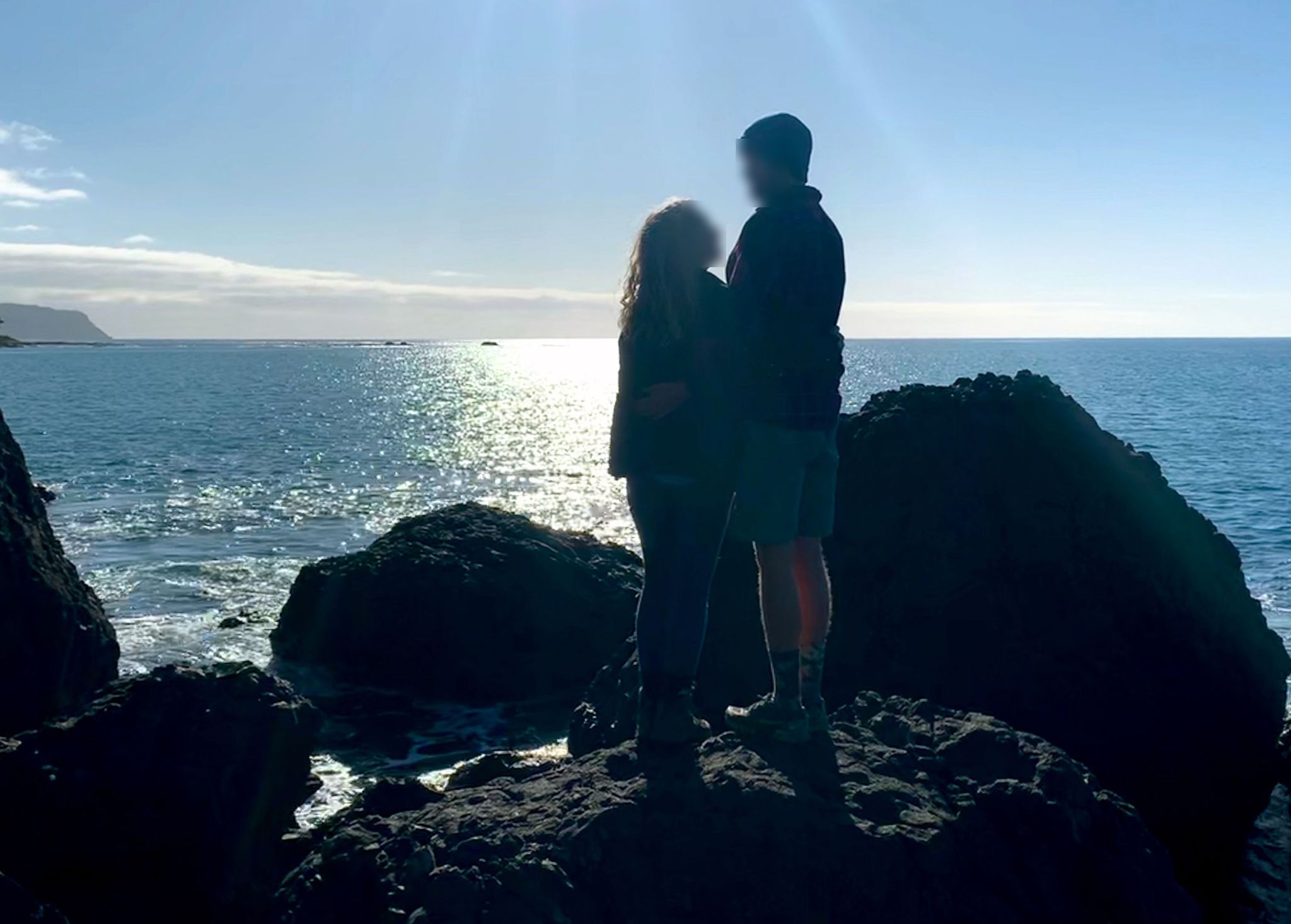 New Zealand-born Brad* is eligible for the JobKeeper payment. Tina*, who is from the UK, is not.

On 4 April, the Department of Home Affairs released a statement encouraging temporary visa holders who could not support themselves over the next six months to “return home”.

Amid the nationwide panic and confusion, Brad’s family in New Zealand encouraged him to return there. But after living in Australia for six years, he says this is home.

“Australia is my home. I’ve got friends in every state and more of a sense of community and connection here. I felt like I still had options. And I didn’t want to leave Tina, I wanted to stay with her.”

At one point, they headed towards Perth Airport, but for Tina, returning to the UK wasn’t an easy option.

“When people were talking about going to your home country, flights to England were nearly $5,000, and lots of countries were talking about closing their borders – it was nerve-racking. I spent a lot of money on my visa, my medical, and my flight to get here,” she says. “And our journey from Sydney to WA wasn’t cheap.”

They made it to Tasmania, where Brad has previously lived, before the borders shut. But the competitive job market is now forcing them to live on opposite ends of the island to stay afloat.

Brad is eligible for the JobKeeper payment. Tina is not. 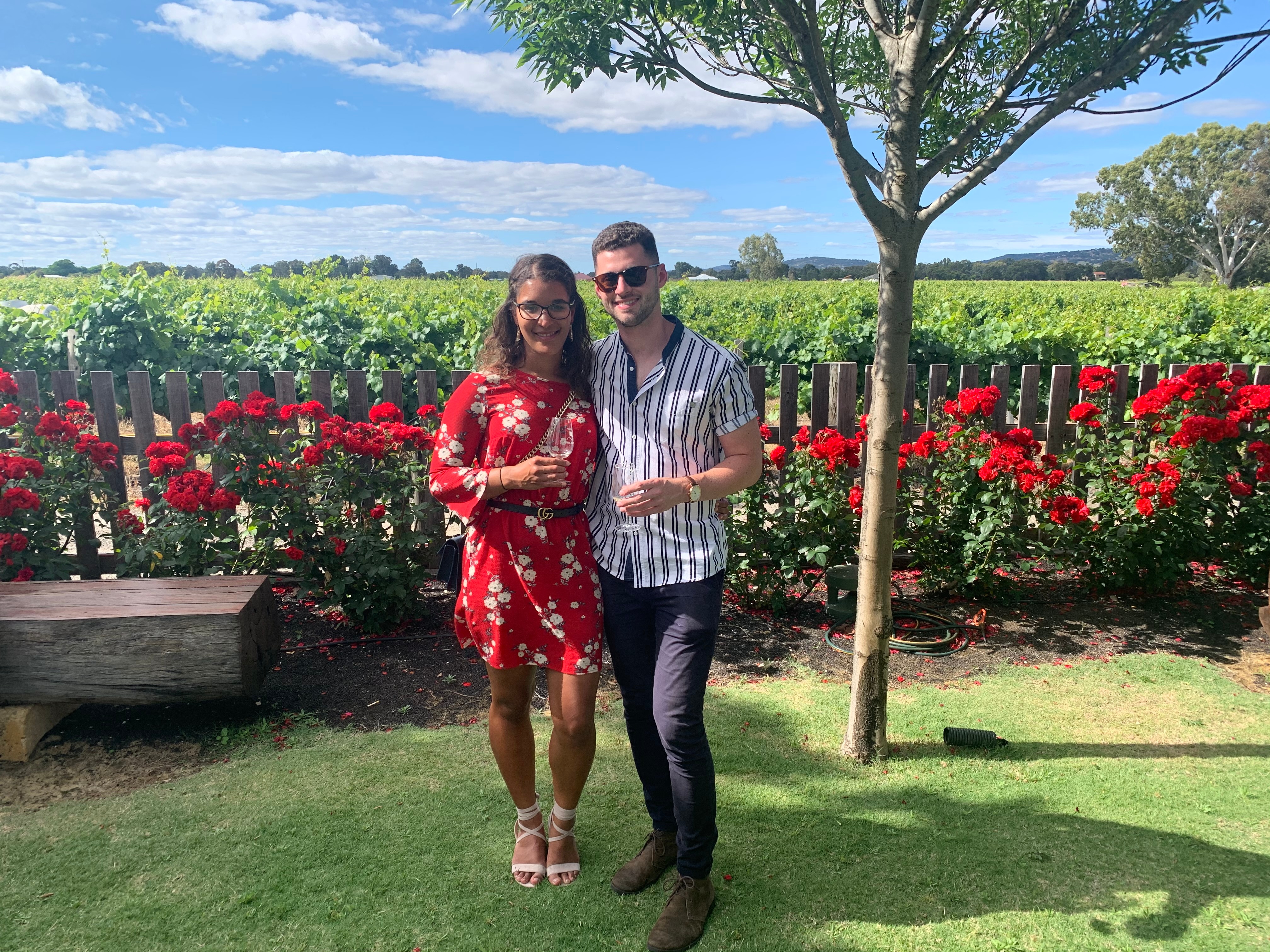 Zach qualifies for support but his German girlfriend Claire does not.

Of the 2.17 million temporary visa holders in Australia, 118,000 are on a working holiday visa like Tina, and finding work right now is tough.

“I’ve got lots of different skills and experiences but even getting farm work at the moment is tricky because the priority goes to Australians. And it’s completely understandable, but it makes it a lot harder,” she says.

In March and April, 2.7 million people either lost their job or had their working hours reduced, according to the Australian Bureau of Statistics. Australian citizens, permanent visa holders, and many New Zealanders have been eligible for government support during the COVID-19 crisis, but temporary visa holders are exempt.

Under JobKeeper, businesses impacted by COVID-19 have been able to access a subsidy to continue paying their employees. It amounts to a fortnightly payment of $1,500 per employee and is set to be available until 27 September 2020.

The superannuation support amounts to up to $10,000 for each tax year, if eligible, but Tina had barely begun working, let alone paying into her retirement fund.

Claire, a 24-year-old temporary visa holder in Perth, is also finding it difficult to find work after losing her job at a campervan rental company.

“I’m not eligible for stimulus packages, but I also can’t get a job because I feel employers are favouring Australians and permanent residents right now. It’s quite frustrating,” says the German citizen. Zach and Claire (pictured on an overseas holiday) hope to find work in Perth when things improve.

Claire came to Australia in December 2018 on a temporary visa to be with her Australian partner Zach. The couple met in 2015 while travelling in Spain. A long-distance friendship, then romance, ensued which led to a year living together in Germany. But now Australia is home.

Zach also lost his job in promotions for a Perth radio station due to the COVID-19 restrictions. He has been receiving the JobKeeper payment.

Although they have a savings account, they’ve had to massively reduce their spending to live on one income.

“Our relationship is teamwork. It’s not ideal to be the only one with an income, but at the moment, I’m just happy to have an income,” Zach says.

When asked if she ever considered returning to Germany when the Department of Home Affairs advised temporary visa holders to do so, Claire echoed Brad’s sentiments: Australia is home.

“I never considered going back to Germany because I didn’t consider myself a temporary visa holder. I’ve moved my whole life here. I don’t have a life in Germany anymore because I gave up everything,” she says. “And, I’m not allowed to travel on my visa.”

In May, Treasurer Josh Frydenberg and the Australian Tax Office admitted they had overestimated the number of workers expected to be covered by JobKeeper due to an administrative error.

The bungle led the Treasury to recalculate the cost of the scheme down from $130 billion to $70 billion. It led to calls from Labor, unions and advocacy groups for migrants and refugees to expand the scheme to cover those not currently eligible and extend it beyond the September end date.

The government said a review into the program would go ahead in June and the issue would be looked at. But Mr Frydenberg has previously ruled out extending the scheme to other worker categories, saying the funds originally calculated for JobKeeper were already “borrowed money”.

“We’re not making wholesale changes to the JobKeeper program. We’ll have a review, as we’ve always stated, midway through the program, and we’ll wait for the results of that review,” he said.

In December 2019, Claire applied for a partner visa, which would eventually give her permanent residency. In the meantime, she is on a bridging visa.

According to the Department of Home Affairs website, partner visa processing times currently range from 23 to 27 months. In the meantime, Claire will have to go without access to government support. She plans to resume her job as soon as Western Australia’s tourism industry is back up and running.

As for Brad and Tina, they’ve stopped making plans while living apart.

“Every time we try to make a plan, the world says no and makes a new plan for us,” Brad says. “One minute we’re happy as Larry in beautiful, tropical WA, and two weeks later … It’s bizarre, but it could be worse.”

For both couples, they’re still hoping to make a life in the place they call home.

Jennifer Morton is a freelance writer originally from Canada and based in Perth. Despite living in Australia for 14 years, she too does not qualify for government support.

*Names have been changed

People in Australia must stay at least 1.5 metres away from others. Check your state’s restrictions on gathering limits.

Testing for coronavirus is now widely available across Australia. If you are experiencing cold or flu symptoms, arrange a test by calling your doctor or contact the Coronavirus Health Information Hotline on 1800 020 080.

The federal government’s coronavirus tracing app COVIDSafe is available for download from your phone’s app store.

SBS is committed to informing Australia’s diverse communities about the latest COVID-19 developments. News and information is available in 63 languages at sbs.com.au/coronavirus

Spread the love Is the American dream over for Indians? Subscribe Now For Latest Updates- source YouTube Related Posts:Japan needs immigrants, but do immigrants need Japan?On this day — November 2The 100 greatest UK No […]

I GOT PERMANENT RESIDENCY IN 6 MONTHS! | STORYTIME

Spread the love SUBSCRIBE for new lifestyle videos every week & join the fam! We expected Permanent Residency in Canada to take 24 months. We got it in 6 1/2! I hope you … source […]

Spread the love Hello Friends Here are the Canadian News Update as of Feb 6, 2018. Thanks for watching our videos and subscribing to our channel. You can contact us at: … source YouTube Related […]