Passengers who want to cross the border on Hong Kong’s high-speed rail link will have to go through five steps at the terminus before they board the train, but the MTR Corporation on Thursday stopped short of providing the time required for the process.

The rail giant unveiled the details ahead of the scheduled opening of the HK$84.4 billion Guangzhou-Shenzhen-Hong Kong Express rail link in September, when mainland laws will be applied in part of the West Kowloon terminus under a controversial joint checkpoint arrangement. 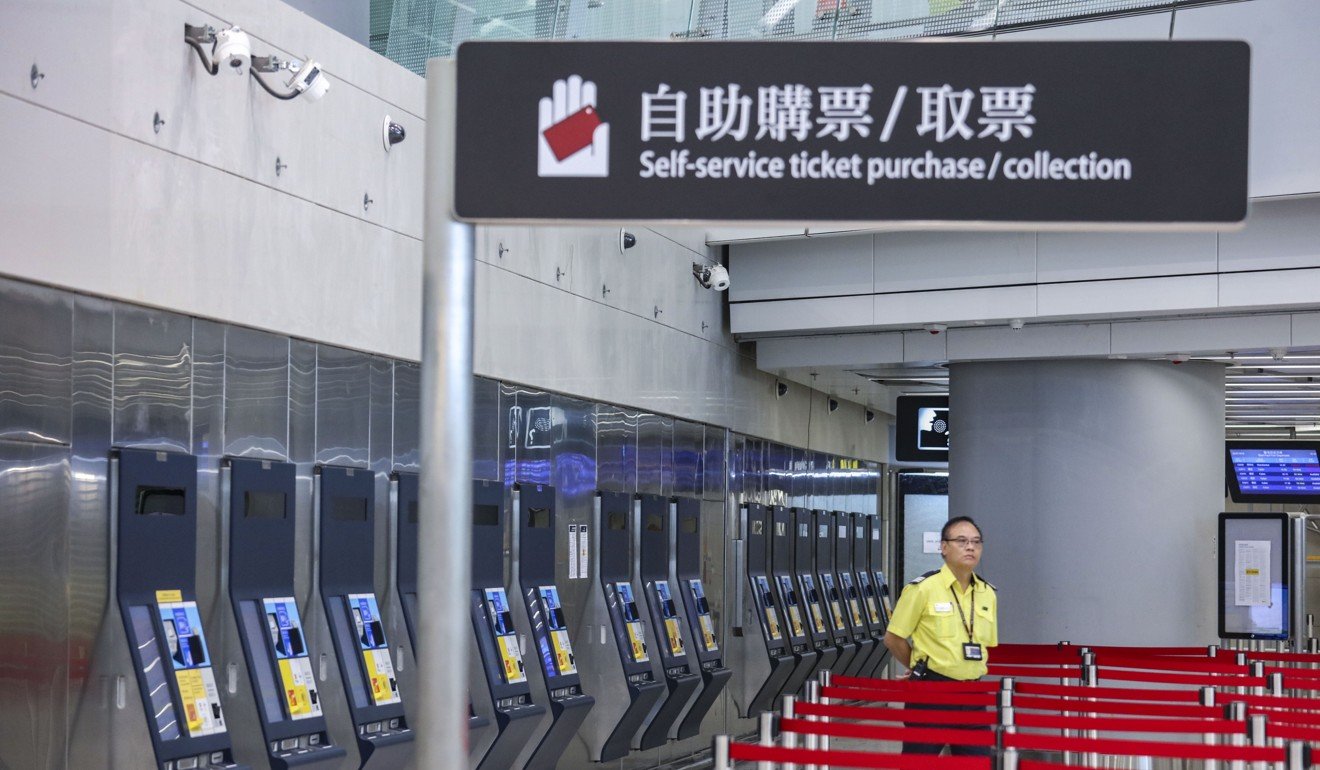 Departing passengers who have not bought their tickets in advance will have to buy or collect the tickets at the ticket hall on the B1 level. They will then show terminus officers their personal documents and tickets for an identity check on the same floor.

Next they go to the ticket gates to get into the security-checking zone on the same floor, where there are 15 X-ray machines and seven metal detector gates. Security officers will conduct a luggage check, which will take about 20 seconds excluding the queuing time.

Travellers will have to go down to the immigration hall on the B3 floor to have their travel documents checked by Hong Kong immigration officials and then the mainland officers stationed at the mainland port area on the same floor before boarding the train.

The corporation’s commercial director Jeny Yeung Mei-chun, however, did not disclose how much time the entire process would take. 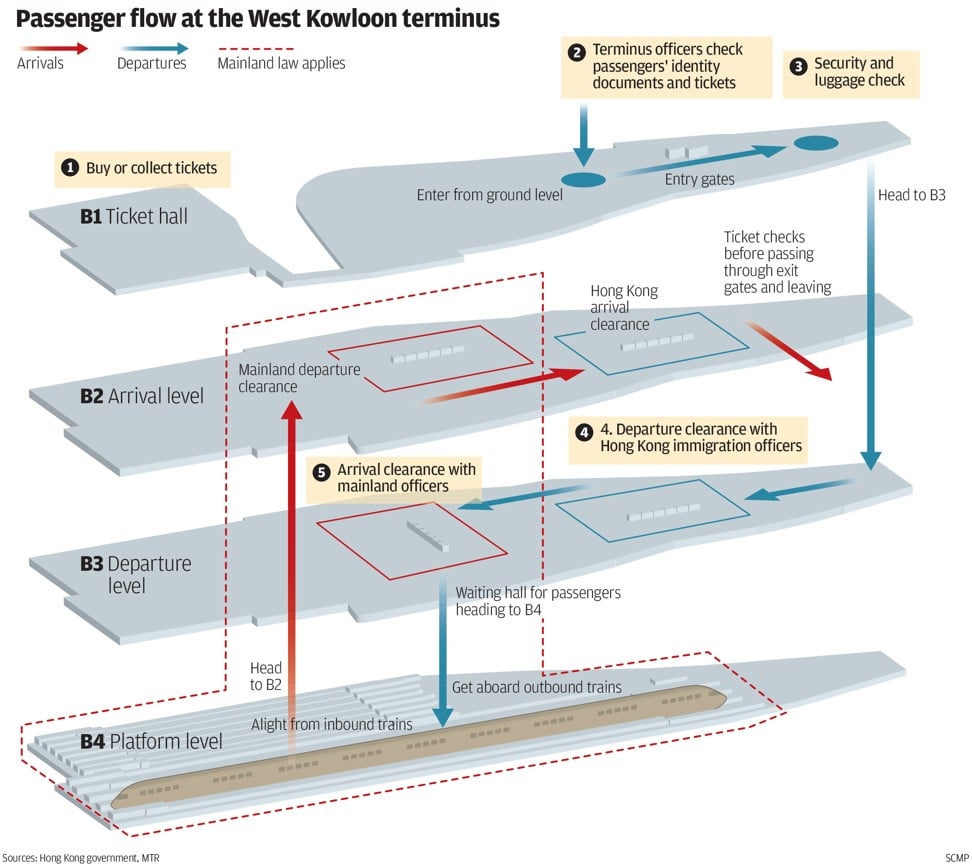 “We are still working with other departments to determine how much time it will take for each procedure,” Yeung said.

But she added that passengers who took their existing cross-border trains from Hung Hom needed about 20 minutes to pass through an immigration and customs checkpoint.

Francis Li Shing-kee, operating chief of the high-speed rail project, urged passengers to allow more time for the procedures, adding that the operator would provide some reference time for passengers later. 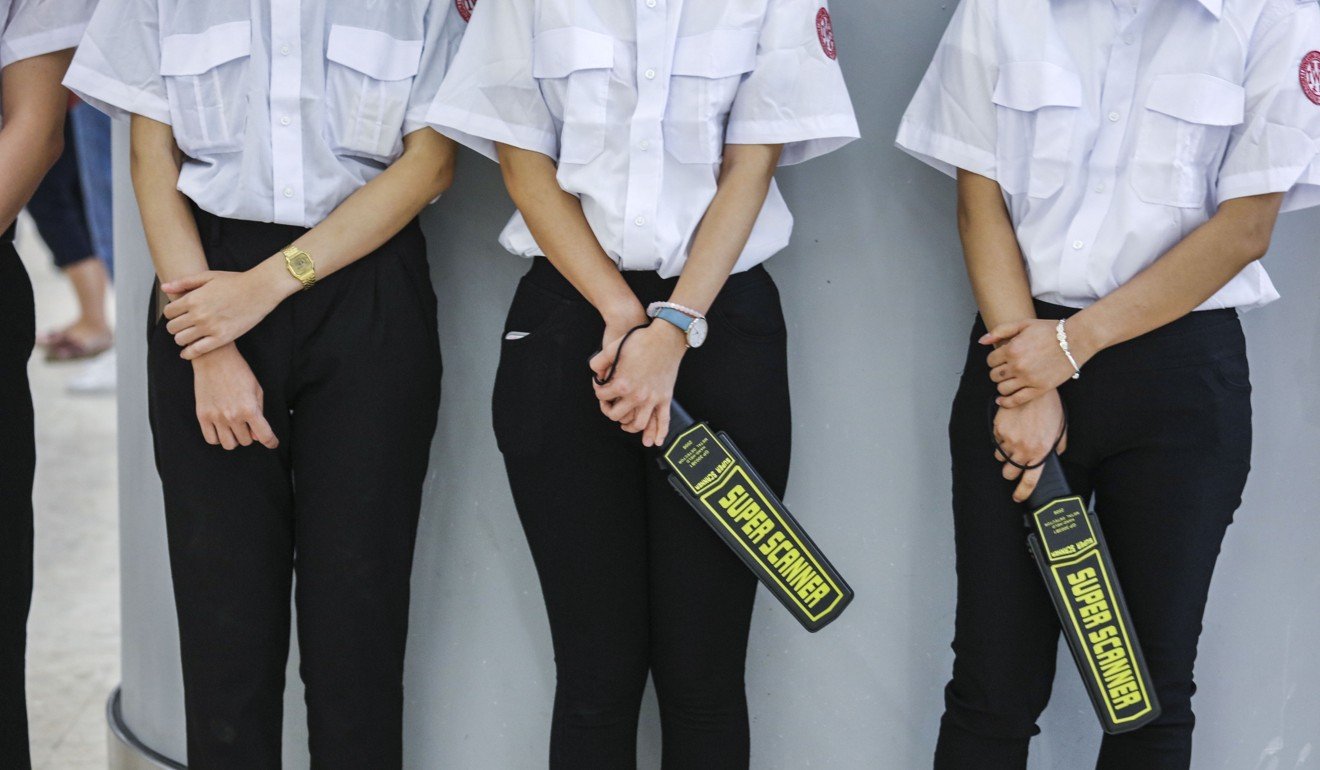 The terminus has other facilities, including business lounges, 12 baby care rooms and 15 toilets for disabled passengers.

On April 1, the project began trial runs, including extensive testing of its exit gates and signalling and ticketing systems, as well as emergency drills and exercises.

After three months, Li said on Thursday, the operator has completed about 400 trial exercises. He said underground water and track issues had been found during the trial, but enhancement measures had already been identified.

One problem found was a train derailment in April, which sparked a safety controversy in the city. Following an investigation after the incident, the rail operator blamed the design consultant for wrongly calculating the forces the tracks could withstand.

Li said maintenance will begin on the affected track at its Shek Kong depot. He added that officers will also strengthen another track which was not involved in the incident.

[ad_1] Passengers in Changi Airport Asian airports and health authorities are on high alert as the number of people infected with a new strain of coronavirus grows in China, spreading beyond ground zero in Wuhan […]