The Schengen Agreement has marked its 35th anniversary last Sunday, June 14, at a position more fragile than ever, while at the same time, the Member States have shown they are willing to keep the borderless territory going despite the challenges.

35 years ago, Catherine Lalumière representing France, Waldemar Schreckenberger of Germany, Paul De Keersmaeker of Belgium, Robert Goebbels of Luxemburg and Wim van Eekelen of the Netherland signed the agreement on the creation of the European borderless territory, in the town of Schengen in Luxembourg. 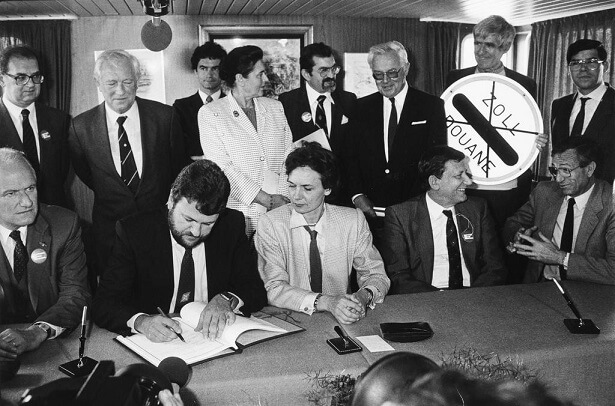 While Europe celebrated its 25th anniversary of opening the borders in a situation in which its founding members wouldn’t have foreseen. Not even the current leaders, at the beginning of this year ever thought that the reintroduction of the Schengen borders could so easily be triggered by a deadly virus spread all over the earth.

Unlike in March, June has been a month of borders that reopen, and Schengen Members that collaborate in the abolishing of border checks, proving more than ever how important the Schengen Area is for them.

Last Sunday, the EU Department for Migration & Home Affairs tweeted in celebration of the 35th anniversary of the agreement, reminding all on the importance of freedom of travel on the lives of every EU nationals and more.

“Happy 35th birthday to the Schengen area of free movement, a great EU achievement. The virus has reminded us not to take this freedom for granted.  Here’s to a swift return to normality,” the tweet read, adding the hashtag Stronger Together at the end.

The High Representative of the EU for Foreign Affairs and Security Policy / Vice-President of the EU Commission Josep Borrell Fontelles also tweeted on the occasion, SchengenVisaInfo.com reports.

“35 years ago, Spain signed the Treaty of Accession to the European Communities. Since, we lived the most prosperous and peaceful years of our history. Together we are stronger, our differences enrich us,” he said in a tweet.

A Schengen Area with Closed Borders

Since the end of February, the majority of the Schengen Members started one by one introducing border controls, which later on became entry bans for non-nationals and non-residents. The EU Commission recommended a travel ban for third-country citizens on March 17, which was soon embraced by all of its members, including the candidate countries.

At one point, only cross-border workers, health workers, truck drivers, and other similar categories were eligible to cross the Schengen borders, both internal and external.

The measures in particular sparked anger across Luxembourg, where on Europe’s 70th anniversary gatherings and ceremonies were held across the border between Luxembourg and Germany. 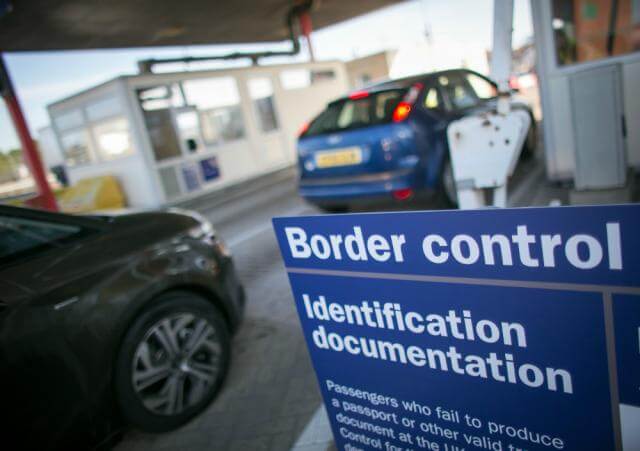 Some of the events were organised and attended by official representatives of both sides. Protestors have demanded the immediate reopening of borders. As a symbolic sign against Germany’s decision, Schengen town along with other towns along Luxembourg’s border with Germany had lowered the European Union flags at half-staff the previous week.

The mayor of Schengen Michel Golden, the town where the Schengen Agreement was signed, often criticised border controls, in particular those of Germany.

“We haven’t thought about frontiers here for decades,” adding that “the people who live here are suffering the most from the situation. We don’t just go to Germany to go shopping – we have friends and family there,” Mayor Gloden said at one occasion, accusing the Member States of lack of European solidarity.

However, due to the fall in the number of COVID-19 cases, after almost three months of restrictions, distancing, closed public spaces and thousands of victims, the Member States have moved on to reopen their common borders for fellow EU nationals.

EU Slowly Reopening – Though Not for Everyone at the Same Time

Last week on June 11, the EU Commission recommended to the Member States to start lifting travel restrictions from July 1, partially and gradually for countries selected together by the Member States, based on set objective criteria.

“International travel is key for tourism and business, and for family and friends reconnecting. While we will all have to remain careful, the time has come to make concrete preparations for lifting restrictions with countries whose health situation is similar to the EU’s and for resuming visa operations,” Ylva Johansson, EU Commissioner for Home Affairs said while presenting the recommendation.

Most of the member states had priorly noted they would open their borders on the same date, while others rushed to do so upon the recommendation of the Commission. Others, as Malta, will not comply with it, asserting that the situation does not yet permit to reopen the borders. The island country will open its borders only on July 1, and that for a limited number of Schengen countries.

A few others have opened their borders for their non-EU neighbours as well, like Greece for Albania and North Macedonia, and Hungary for Serbia.

Brief History of the Schengen Agreement

The idea of a borderless Europe has been discussed among different leaders of the most powerful EU states since the end of the Second World War.

Concrete steps towards its establishment were taken only in the 80ies, when France and Germany on June 1984 opened a discussion on the issues within the framework of the European Council in Fontainebleau, where the participating countries agreed to define required conditions for the free movement of citizens.

Five years later, on June 1990, a Convention was signed for the concrete implementation of the Schengen Deal, which covered issues on the abolition of internal border controls, the definition of procedures for issuing a uniform visa, operation of a single database for all members known as SIS – Schengen Information System as well as the establishment of a cooperating structure between internal and immigration officers.

The Schengen Area later expanded step by step and became the one we know today, with 26 Member States, 22 of which EU members, and another 4 EU members potential to become Schengen Members – Romania, Bulgaria, Cyprus and Croatia.

Spread the love In this video, we are going to look at top 5 easiest, cheapest and fastest way to immigrate to Canada. This is the best comprehensive list of ways to immigrate to … […]

Spread the love The Department of Foreign Affairs (DFA) is arguably the most inefficient agency under the Duterte administration. It is certainly among those that deliver the least service to the Filipino people. For those […]