LOS ANGELES — The Fil-Am movie “The Year I Did Nothing” will be honored with the Best Drama Award at the 2019 Independent Filmmakers Showcase (IFS) Film Festival to be held in this city May 18.

Written and directed by Fil-Am filmmaker Ana Barredo, “The Year I Did Nothing” is set in 1985 Manila, where three siblings spend an extended summer waiting to immigrate to America, while their country gets ready to evict their homeland’s notorious dictator Ferdinand Marcos. 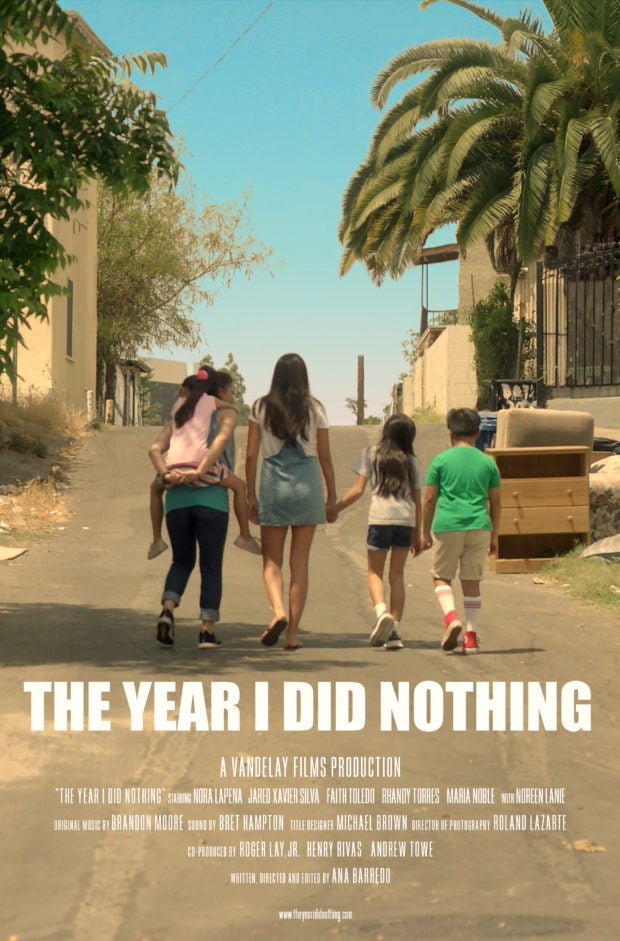 Although the story takes place in Manila, Barredo shot her latest indie movie all over Los Angeles. The movie’s poster was from a scene they shot in an alley in Echo Park that closely resembles Manila, according to Broadway World.

“We even rented a jeepney (one of 10 in existence in the entire USA) to add authenticity to the movie,” Barredo said in a recent interview. The movie stars Filipino-native actors Nora Lapena, Jared Xander Silva, Faith Toledo, Rhandy Santos and Maria Noble.

Some exteriors for the film were shot in Manila and via clever filmmaking techniques, Barredo was able to seamlessly integrate the location work with the rest of the Los Angeles-shot footage.

Barredo had written the script in 2003 and was set to shoot the film in the Philippines, but funding fell through. She revisited the script last year and “realized that its theme feels more relevant now than ever before, in light of what’s going on in the world. Given my personal connection with the story, I became more determined than ever, to shoot my 15-year old script.”

This year’s IFS Awards will be presented at LA Live in Downtown Los Angeles on May 18, 2019. Immediately following the Award Ceremony is the World Premiere of The Year I Did Nothing at the LA Live Regal Cinemas.

For more information about the event, go to: https://www.ifsfilm.com/Schedule2019/

[ad_1] It’s been largely forgotten, but when Russian military intelligence created online cutouts in 2016 to manipulate the American electorate, the Democratic Party wasn’t its only target. The most prominent of those fake digital identities […]

This is from my own point of view and experience, and compared to the other countries I’ve lived. If you want to leave a negative comment or message on my … source YouTube Related Posts:User […]