This story is part of a five-part series looking at how the policies of the two U.S. presidential candidates, Joe Biden and Donald Trump, differ when it comes to the major issues of interest to Canada, including energy, defence, trade and immigration.

For three-quarters of a century, Canadian defence policy has rested on the assumption of an unshakeable partnership with the United States.

From monitoring the skies and the Arctic together through NORAD to the mutual-defence pact at NATO, the countries’ assortment of agreements span from this continent to the other end of the Earth.

Yet old alliances suddenly seem less sturdy. And the next U.S. presidential term could offer clarity on their durability.

American-Canadian defence expert Steve Saideman recalls the scene at Canada’s military headquarters on Nov. 9, 2016, the day after Donald Trump was elected president of the United States.

“It felt like the building was swaying,” said Saideman, a Carleton University professor, head of the Canadian Defence and Security Network and co-host of a military affairs podcast. “Like an earthquake had happened and the building was still shaking.”

Trump had rattled old assumptions about alliances during an election campaign where he blasted NATO allies as freeloaders and questioned why America was defending them.

He hasn’t stopped rattling them.

A book by Trump’s former national security adviser John Bolton describes a constant struggle to persuade Trump of the value of NATO. Bolton has said he fears the president might leave NATO if he gets another four years in office. Those existential concerns have come to dominate meetings of the alliance.

In one anecdote, Bolton describes crossing paths with Justin Trudeau at a summit and the prime minister asking, “Well, John, is this [meeting] going to blow up, too?” 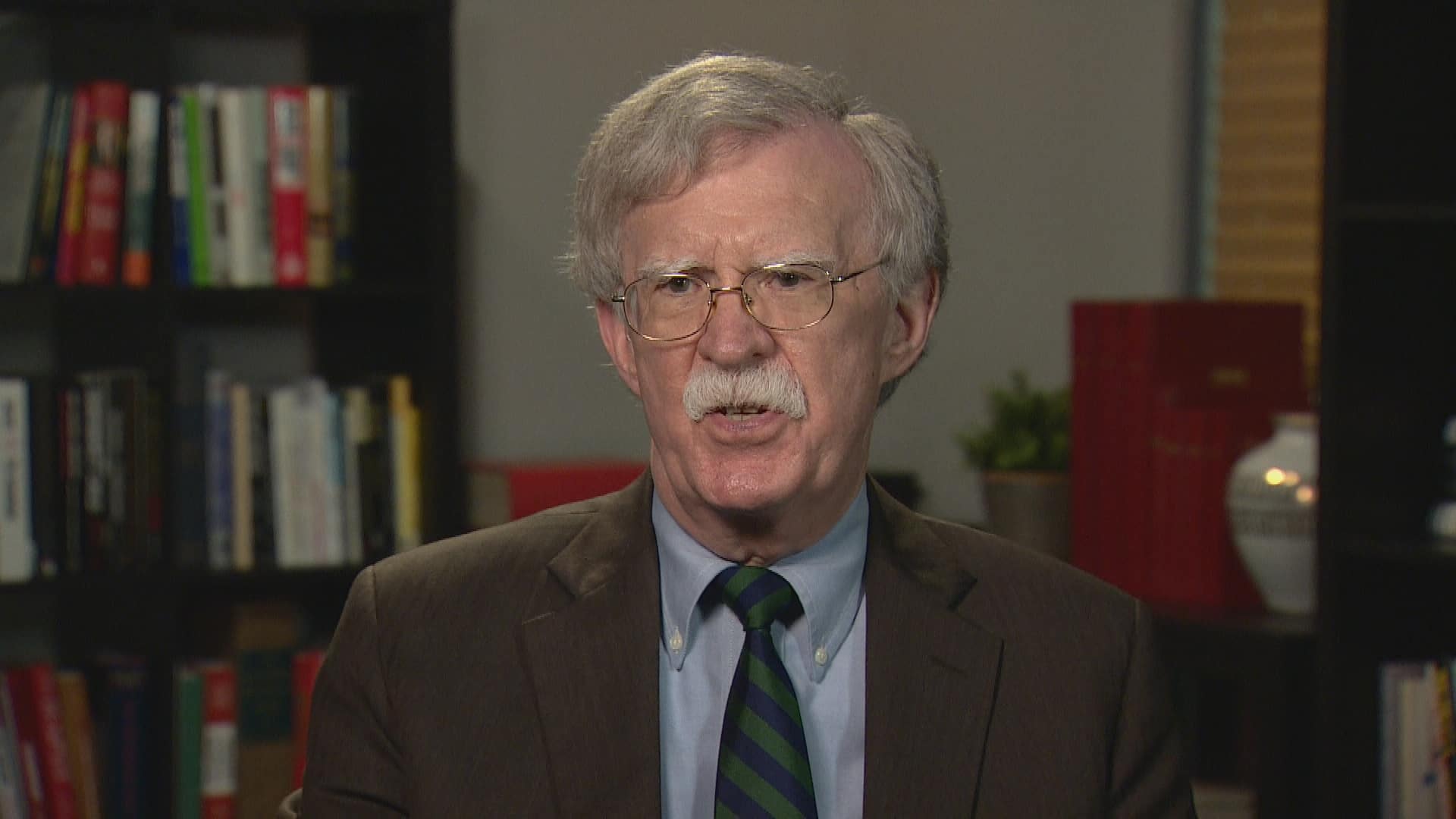 John Bolton says possible threat by Russia on U.S. troops in Afghanistan needs to be investigated. 3:02

Saideman agrees that the future of the alliance is at risk if Trump wins a second term. He says the short-term concern for Canada involves the hundreds of soldiers stationed in Eastern Europe.

“If Trump wins, it raises real questions for the allies about how they’re going to navigate the world given that the United States is no longer a reliable partner and may be pulling out of NATO,” Saideman said. He’s less concerned about NORAD, which has not come up for criticism from Trump.

Some of Trump’s complaints are actually standard U.S. policy. The desire for NATO countries to spend more is shared by past (and probably future) U.S. presidents.

Barack Obama even raised it in a speech to the Canadian Parliament in 2016. Obama’s exhortation, however, was covered in sugar, with a sweet-sounding quip about how the world needs more Canada.

Trump’s comes with brass knuckles. And it’s arguably had an impact. Defence spending is up in almost every NATO country, including Canada.

Despite those increases, Canada is nowhere near the goal set by NATO members of spending two per cent of GDP on defence.

A major budget decision ahead for Canada involves when and how to modernize aging radar in the Arctic. The project would cost billions and it’s identified as a priority in the U.S. military’s recent Arctic Strategy.

But Biden is unlikely to threaten NATO nor take as many digs at allies. The Democratic nominee, early in the campaign, criticized the current president’s strong-arming of friendly countries and said, “NATO is not a protection racket.”

Susan Rice, who was on the short list to become Biden’s vice-presidential running mate, told CBC News that the NATO alliance would remain firm under Biden.

“Joe Biden knows Canada, cares about Canada and respects Canada,” said Rice, who was national security adviser in the Obama administration. “He’s spent a lot of time there. He has worked with Canadian leadership over many years and he knows that there is no more important partner.”

A former defence official who worked in the Obama administration also called Biden a big believer in alliances, dating back to his years as head of the Senate Foreign Relations Committee, when he frequently visited foreign capitals.

James Townsend was the deputy assistant defence secretary for NATO policy, and also worked on NORAD issues on the Permanent Joint Board on Defence, a Canada-U.S. body created during the last world war.

“We would be better neighbours [under Biden],” Townsend said. “He is not an isolationist. He is not an America-go-it-alone [type]. … There’s probably few presidents as multinational, and international, as he is.”

He said Biden would bring a more stable approach to dealing with rivals — compared with Trump, who oscillates between threats and insults and compliments, and also makes off-the-cuff comments about supposed rivals that undermine allies.

“There would be more stability in how the West deals with Russia. And China,” Townsend said. “You’ve been riding the back of the tiger with us [under Trump].”

As for his own views on defence policy, Biden has been equivocal about funding levels. He agrees with Trump on having fewer troops in the Middle East.

A Biden presidency would present different challenges for Canada, Saideman said. He agreed Biden would be friendlier to Canada. But friends ask for favours.

“The bright side of Trump in the last four years is NATO hasn’t really done anything new, and hasn’t made any requests for Canada to do anything really serious. … You might get more inconvenient requests [from Biden] — not to spend more money, but to put more lives at risk.”

At least for now, Biden’s platform calls use of force a last resort to defend vital interests. When it comes to spreading democracy, his main pledge is to do so by example — not by force.

Biden has proposed a series of democratic reforms at home, and on the international stage, he wants to hold a summit of the world’s democracies

Don’t dismiss them as ‘crackpots’: Who are Canada’s yellow vest protesters?

Spread the love This weekend in Edmonton, protesters wearing bright yellow vests will gather at the Alberta legislature. Just like they did last weekend, and every weekend before that for the past month.  “No point […]

Why I Left America | Evan Edinger

Spread the love Who’s looking to leave America? Well don’t that’s my thing ay! I moved to the UK 4 years ago and I let you in on some reasons why and how! One of […]