With nearly 10 million candidates each year sitting China’s National Higher Education Entrance Examination, or gaokao, securing a place to study at one of the country’s top universities, such as Peking or Tsinghua, is a daunting challenge.

Despite the pressure, medical student Bater Yeung Rui-lai had no doubt he would be accepted into his dream school.

“I was 100 per cent sure [I would get into Peking University in Beijing],” he says. The quest seemed easy for Yeung, since he didn’t have to sit the notoriously difficult gaokao, which involves intensive problem-solving tests and lasts for three days.

University education is not the only route to success

China’s hukou – or household registration system – governs where residents can access public services. As part of the hukou system, Chinese students must return to their hometown to sit the gaokao in the last year of high school.

Yeung, though, was eligible to sit the much easier “joint exam”, officially known as the National Education Exams Authority – People’s Republic of China Joint Entrance Exam For Universities. The exam is tailor-made for students with residency rights in the Chinese special administrative regions of Hong Kong and Macau, and Taiwan – which Beijing considers a province of China – who are applying to study at a university in mainland China. 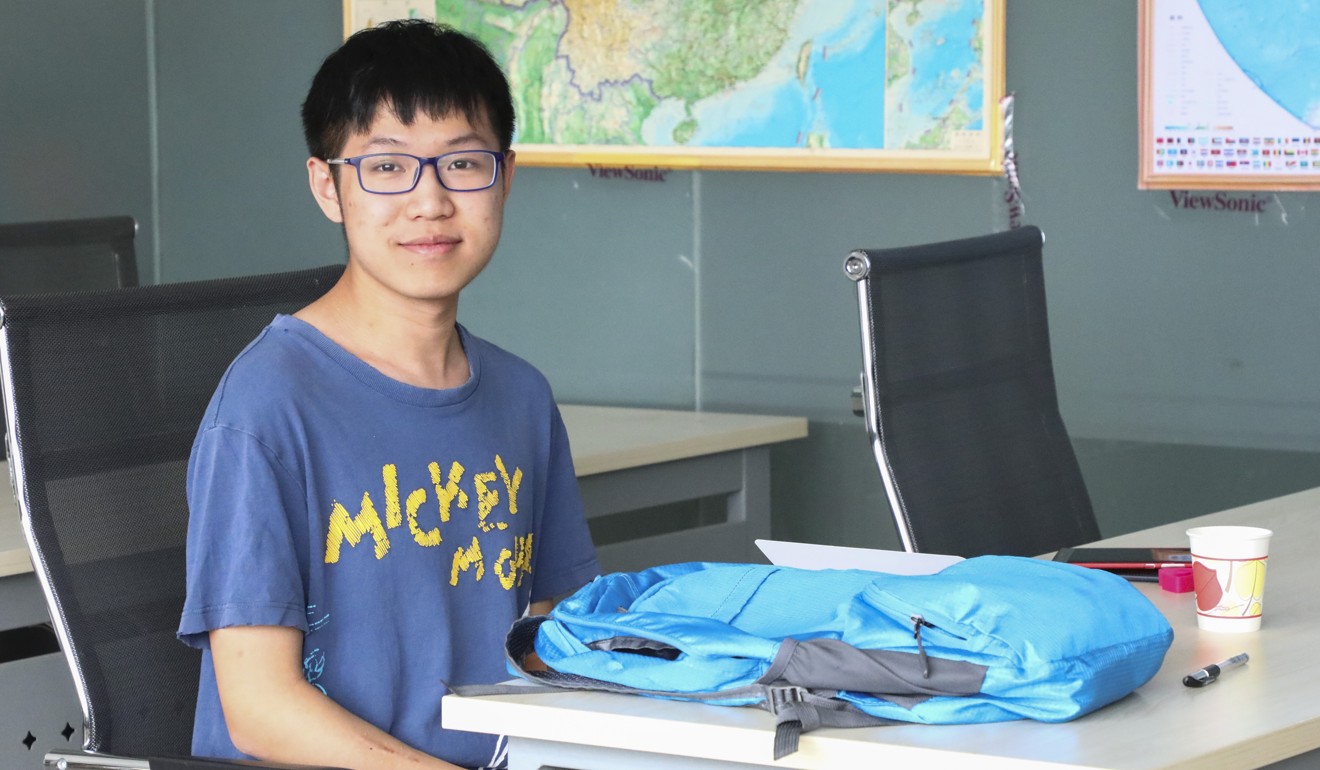 Past exam takers, and agencies that prepare students to sit the joint exam, say the test is easier than the gaokao, and creates a lower entry threshold to top Chinese universities. As a result, some parents have forfeited their children’s Chinese hukou to bypass the gaokao.

Many of these parents became Hong Kong residents through the now-defunct immigration arrangement known as the Capital Investment Entrant Scheme.

Yeung, whose father is from Hong Kong and whose mother is from China, grew up in Beijing. Aware of how competitive the university system is in China, his mother forfeited his Beijing hukou to gain Hong Kong immigration status for him when he was in junior secondary school.

“When I took the joint exam [three years ago], Peking University admitted about 10 students who had taken it. You had to be one of the top scorers, but there were only several thousand people taking the joint exam overall,” he says.

“For the gaokao, there are hundreds of thousands of candidates taking it [in each city and/or region of China. So the overall] standard of the joint exam candidates might be lower.” 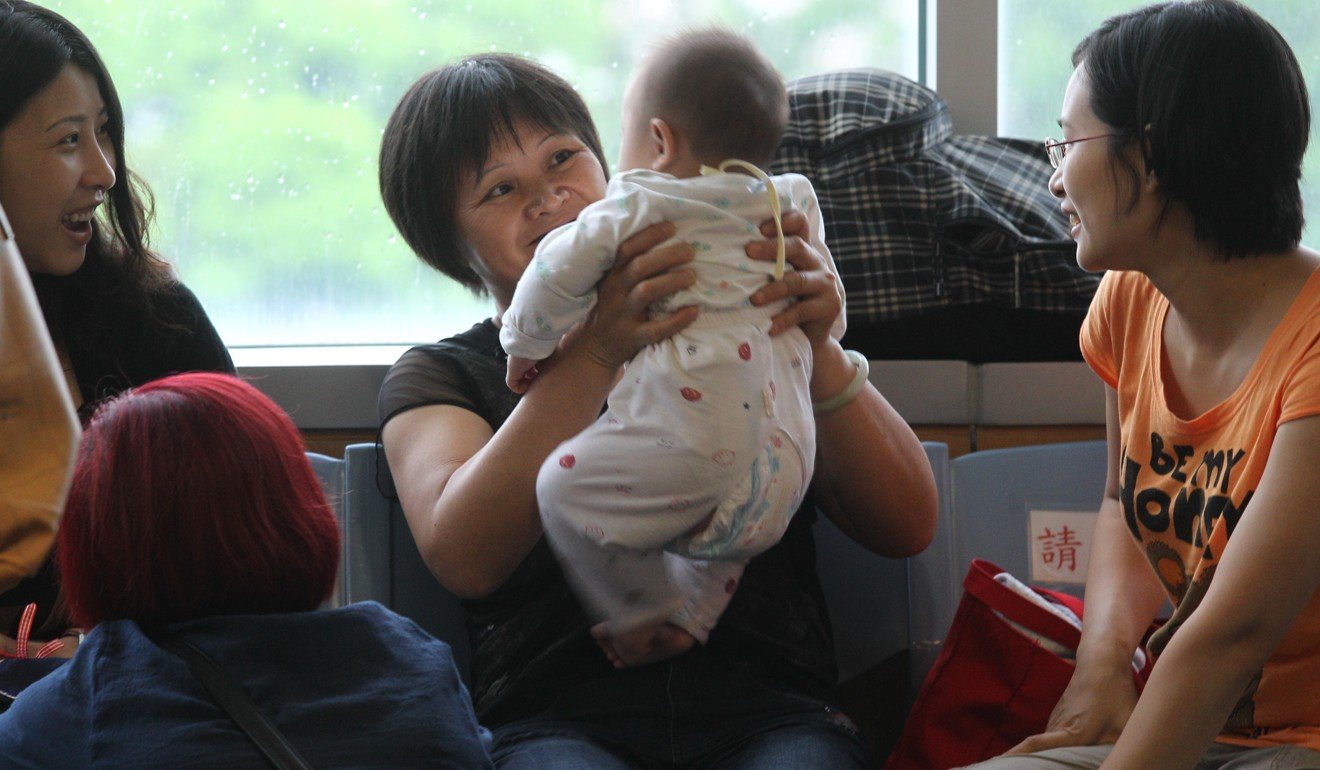 The quotas at Peking and Tsinghua universities for students sitting the joint exam have shrunk since Yeung enrolled at the former, he says, so it is no longer easier for these students to gain admission; however, they still have the advantage at other top-tier universities.

Launched in 1981, the joint exam is held each May, at venues in Guangzhou, Beijing, Shanghai, Fuzhou, Hong Kong and Macau.

We expect to see explosive growth [in the number of students taking the joint exam] … due to the large number of babies born to mainland [Chinese] parents in Hong Kong [before 2013].

In 2017, more than 300 Chinese universities admitted students who had sat the joint exam. Of the 4,450 candidates taking the exam that year, about 2,500 had Hong Kong immigration status but lived in China.

While the public school system prepares students for the gaokao, candidates taking the joint exam are able to attend specialised tutorial schools. One of them is Bei Jing Bo Fei Overseas Chinese Hong Kong, Macao and Taiwan School, in Beijing’s Haidian district.

Its 25 tutors at the Beijing campus teach small classes of 10 students, while in Guangzhou there are 20 students per class, says headmaster Wang Qiang.

Wang says the students’ parents are a mix of people from China who migrated to Hong Kong under the now-defunct immigration scheme and professionals from Hong Kong, Taiwan and Macau who moved to China. Wang says he sees demand for the school’s classes growing rapidly in coming years.

“We expect to see explosive growth [in the number of students taking the joint exam] … due to the large number of babies born to mainland [Chinese] parents in Hong Kong [before 2013],” he says. 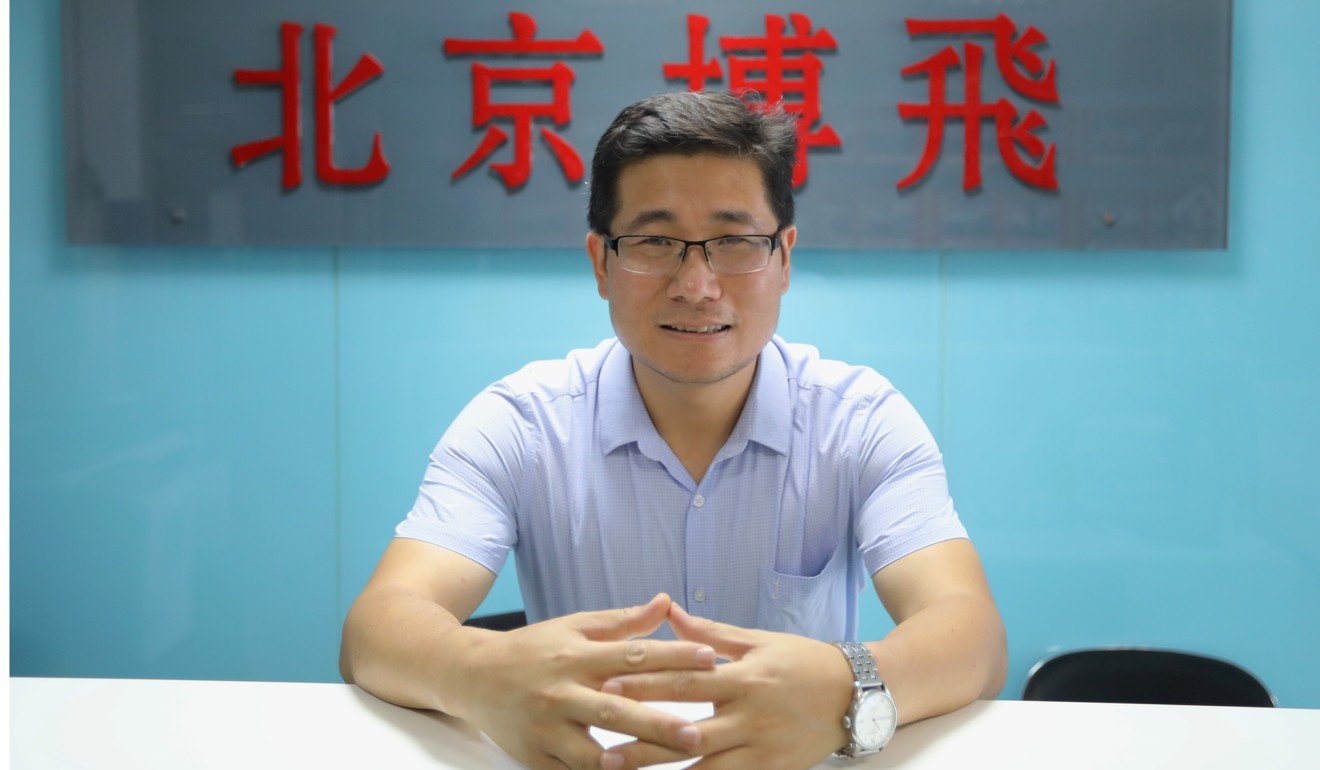 In 2013, former Hong Kong chief executive Leung Chun-ying announced a “zero-quota” policy, banning women from China from having babies in Hong Kong. Before the ban, about 200,000 babies had been born to mainland Chinese parents in the city since a landmark court ruling in 2001 declared newborns should be given the right to live in Hong Kong regardless of their parents’ immigration status.

“The number of candidates from Hong Kong taking the joint exam every year is over 2,000. The number is very stable every year. But that figure excludes those [students born to Chinese parents in Hong Kong],” Wang says.

The controversial Chinese exam opening doors at more US colleges

Wang says the school helps to fill an information gap, because the Chinese government does not release data, such as how many students take the joint exam each year, university admission rates or model exam answers.

“We ask our graduates about the exam content to help newer students prepare. We also call the more than 300 universities one by one [to get relevant admission data]. We have a professional team for this data collection,” Wang says.

“The only thing the government releases for the joint exam is a rough outline. For example, arts stream students don’t need to take politics, like the gaokao students do, and for science students, biology is omitted.” 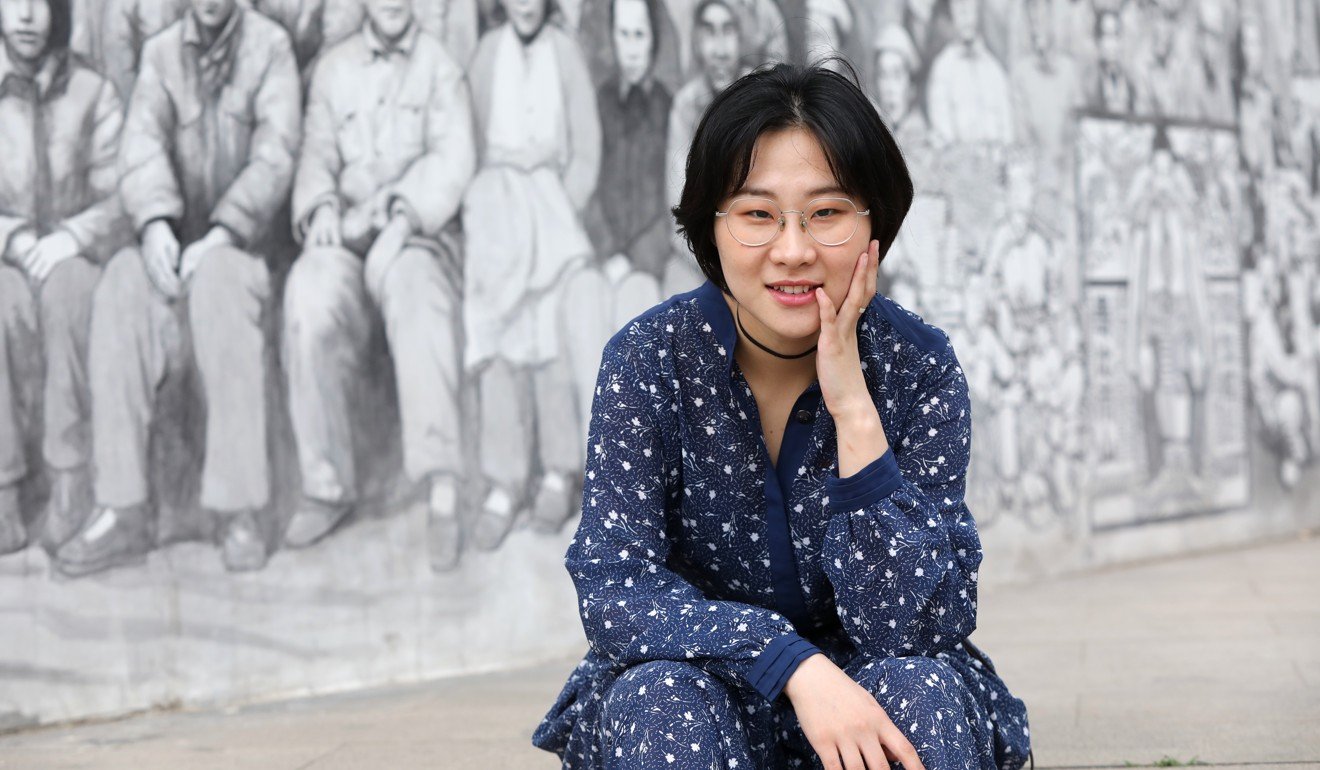 Chiu Yam was born in Changchun, in Jilin province, northeast China, but gained Hong Kong immigration status – the cause of much turmoil.

She originally had a Jilin hukou, but this was forfeited when she became a Hongkonger following her mother’s marriage to a Hong Kong man. Growing up in Jilin with her grandmother, the Central Academy of Fine Arts graduate ran into lots of problems going through school in China.

“My parents are divorced and my father was absent from my life. My mum didn’t take me to Hong Kong with her because of livelihood issues, so I have always studied in northern China,” Chiu says.

Chinese firms charge up to US$8,000 to help students choose college courses

“Without a hukou, though, I could only go to private schools paying 8,000 yuan a year, which was expensive. Many hukou-related problems surfaced when I went on to senior high school. I asked [Chinese] education officials where I should take the exam [for university entrance], but no one could tell me anything because they didn’t have my files.

“Theoretically, I should have gone to Hong Kong to take the [Hong Kong diploma exam for universities]. But that was impossible because I studied [in China] throughout school.” “I had to pay 20,000 yuan a month there; finances were always tight. My mum is a housewife, so I felt [uneasy] using [my stepdad]’s money. My mum was not well educated so was eager for me to go to university. I studied in the tutorial school for just three months and later hired a personal tutor, which cost less.”

China’s college entrance exam is tough, but is it the worst in Asia?

Chiu’s Cantonese skills are poor, so she also feels ostracised in Hong Kong when she visits her mother.

“I stayed in Hong Kong during school holidays. But my face and the way I talk show that I am a northerner. When my mum migrated to Hong Kong in 1997, Hong Kong people were very nice [towards] mainlander [Chinese]. But their attitude towards us changed.” 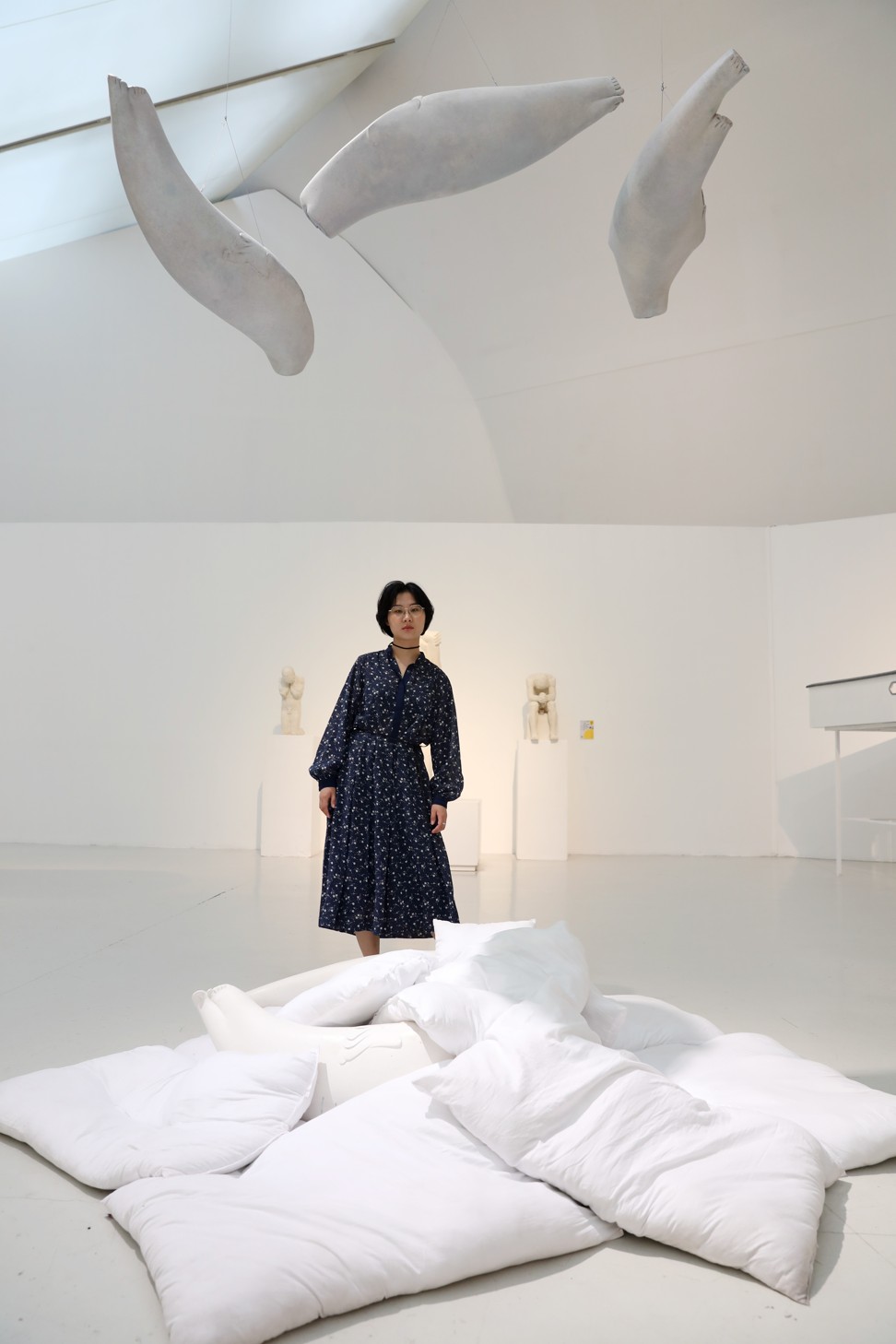 Chiu says her identity crisis is so pronounced that she made a sculpture exploring the subject for her arts academy graduation project this year.

“I haven’t had a sense of belonging since childhood. When I am in Hong Kong, I don’t dare tell people I am a Hongkonger because of my poor Cantonese. I just say I’m a tourist. But in mainland [China], I couldn’t even go to school and take exams like other students,” she says.

“I originally wanted to study at the China Academy of Art in Hangzhou, but it segregates Hong Kong students from their mainland [Chinese] peers. Hongkongers are put in a separate college with overseas exchange students. This arrangement is strange because Hong Kong students become foreigners.”

With plans to continue her studies overseas, Chiu says she has accepted her ambiguous identity.

“When people overseas ask me who I am … I will just say I am a Chinese,” she says.

How to | Move to & Stay in Canada | Permanent Resident (PR Card)

How to move to Canada, how to get Permanent residency, and how to stay in Canada and do I need an immigration lawyer? In one video. Useful links: Express … source YouTube Related Posts:Guidance relating […]