Every six months or so, when I return to the UK to spend some time visiting my now-very-fragile mother in an elderly care home in the Midlands, I am reminded of the inevitable embarrassing indignity of deep old age.

I am reminded of the appalling ineptitude of Britain’s health services in failing to spend money where it would most usefully mitigate those indignities. I am reminded of how poorly we are dealing with the ageing challenges that are developing worldwide. And I am reminded that in Hong Kong, we are doing no better.

On the second anniversary of the publication of The 100-Year Life by the London Business School professors Lynda Gratton and Andrew Scott, and the fourth anniversary of Atul Gawande’s Being Mortal, ignorance of the problem can no longer provide an excuse. The implications of rapid ageing in our societies are now in plain sight – soaring pension costs, soaring health-care costs, and acute shortages of people with the caring skills needed to address the needs of our elderly. 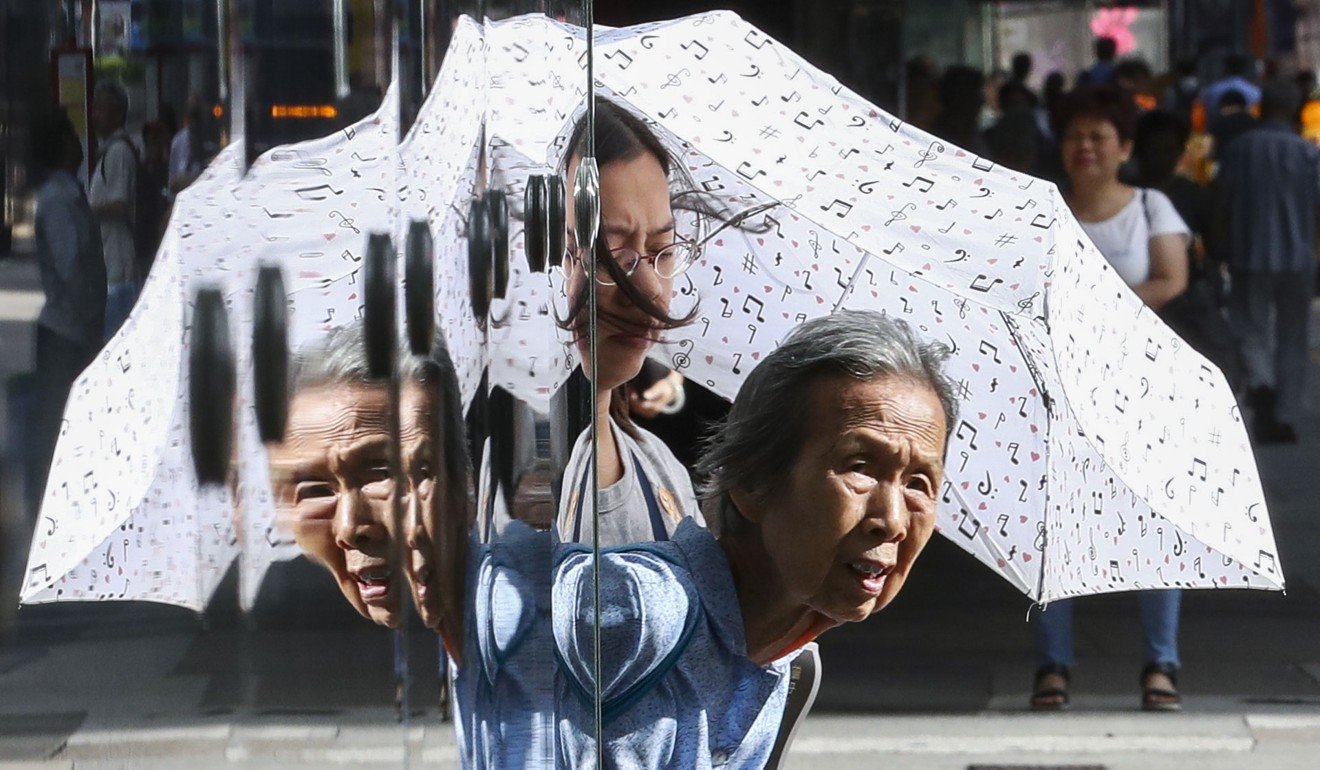 So too are the policy changes that could transform what we currently see as a crisis into an opportunity. The fact of widespread inertia reflects how challenging these policy changes will be, involving significant restructuring of where our health dollars are spent, massive investment in our elderly caring workforces, and radical reform of pension and employment policies.

But this is no excuse. The problem is among the most urgently pressing on many societies – including Hong Kong – and has been widely recognised. Solutions have been reasonably clearly articulated. They are not likely to involve significant new costs, but rather a re-alignment of existing budgets. All we need is leaders with the courage to roll up their sleeves.

A lead has been taken by Shinzo Abe’s government in Japan, where the demographic challenge is more acute than anywhere else in the world. It is a lead that we in Hong Kong should not ignore. With more than a quarter of Japan’s population aged over 65, almost half over 50, and deaths exceeding births every year since 2005, Japan is at last staring the demographic tsunami in the face. Health care costs are surging, and the media fret about the emergence of “dementia towns”.

Abe’s cabinet office has set up a “council for designing the 100-year life society”, which has now met nine times, chaired every time by Abe himself. We need similar action in Hong Kong. We must tackle not just the health challenges of our deeply elderly, but the array of policy changes that will keep them in the workforce, and keep them healthy for as long as possible. 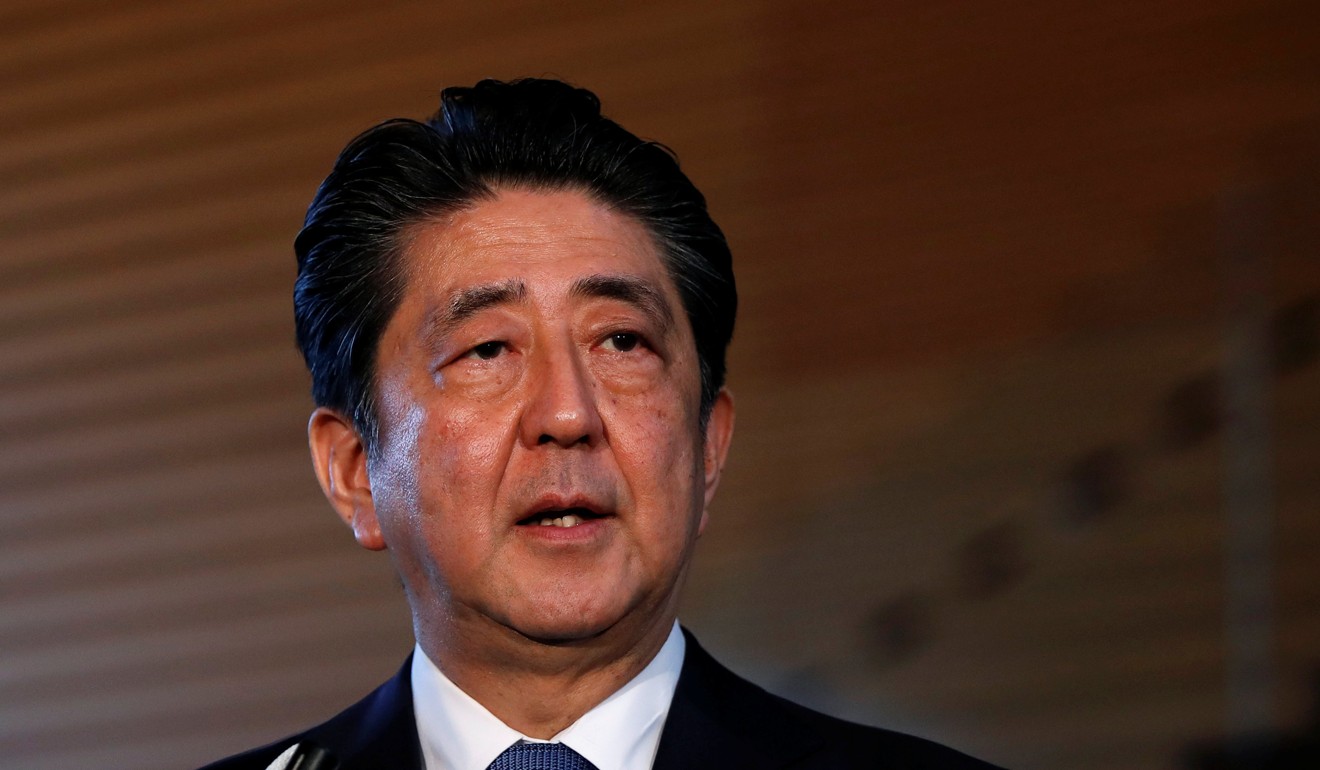 While few in Hong Kong have read or even heard of The 100-Year Life, the book has sent shock waves through Japan. It has even been translated into a manga comic. It has triggered TV series focused on ageing, including programmes on how elderly people can refit their homes to live comfortably with centenarian parents. A government notorious for its reluctance to allow immigration is in the process of recruiting 150,000 elderly carers, mainly from the Philippines and Indonesia, to enable elderly people to “age in place” rather than be confined to hospital wards or old peoples’ homes.

The power of The 100-Year Life was less the way it shows how demographic change is transforming the entire structure and shape of our lives and making clear the challenges of old age, but more its call for all of us – governments, employers and individual working people – to prepare urgently for a time when millions can reasonably expect to live for a century, mostly in good health.

It is an examination of how and why this demographic revolution could be transformed from a problem into an opportunity – of how present employment and retirement rules force older people to become a burden on society when most remain keen well beyond the age of 65 to stay in work and remain self-reliant.

Shinzo Abe’s new council has already made clear recommendations – all of them in principle accepted by the government: aggressively recruit elderly carers so that older people can live comfortably in their own homes for as long as possible; restructure education to make it easier for older people to gather new skills during what is likely to be a 60-year working life; and make it much easier for older people to stay in work. The present rule of compulsory retirement at 60 must surely be abolished.

What is obvious to the Japanese government should be equally obvious to our own government in Hong Kong. As in New Zealand, compulsory retirement at a particular age should be outlawed. Since our wholly-inadequate Mandatory Provident Fund offers no one security through a long and active old age, current pension arrangements need radical re-examination, with people being encouraged to stay in work for as long as they are able and willing.

The structure and funding of our education system needs to be adjusted to ensure that older people needing new skills have access to appropriate courses whatever their age.

Workplaces need restructuring to make it easier for older staff with creaky joints or poorer eyesight to function efficiently – as BMW has done with its production lines in Germany. As we demand barrier-free access around the city for people who are wheelchair-bound or have other physical infirmities, why should older people expect less?

And for those like my mother who have become seriously frail, all efforts should be taken to help them to “age in place”. Instead of spending HK$200 billion (US$25.5 billion) on new hospital wards in which a majority of those occupying beds are elderly infirm, our government should be building an extensive network of community health clinics, and aids around our apartments that allow our elderly people to live safely in their own homes for as long as possible.

Living to 100 can and should be a great opportunity for us as individuals and societies. We must urgently dismantle policies that instead make it a problem.

David Dodwell researches and writes about global, regional and Hong Kong challenges from a Hong Kong point of view

The Truth of H1B Visa

H1B visa is the work visa in USA for a total of 6 years. There has been lot of news and information and discussions happening regarding the H1B work visa and … source YouTube Related […]

Hey there, here we will discuss how to get immigration aka PR of Hongkong. I have discussed here different aspects of this migration program. This program is … source YouTube Related Posts:User Guide to: Immigration […]

[ad_1] Turkey’s president, Recep Tayyip Erdogan, was humiliated by voters, as his attempt to reverse the mayoral election in Istanbul, which his party had lost, backfired spectacularly. At his behest, the electoral board ordered a […]