A French man was jailed by a Hong Kong court on Monday over an air travel scam in which he handed over his boarding passes and let others use his identity for immigration checks.

The District Court heard that Arnaud Bruhat, in return, was promised five air tickets and 40,000 Thai baht (US$1,200) as reward.

Bruhat, 32, was found guilty of two counts of conspiracy to obtain services by deception and was jailed by Deputy District Judge Kathie Cheung Kit-yee for two and a half years.

The judge said that although the defendant was not the mastermind behind the scheme, he was part of a plan that might have enabled human trafficking.

The case came to light on November 14 last year when a Sri Lankan transit passenger was arrested at Hong Kong International Airport for using fake travel documents when attempting to board a flight to Düsseldorf, Germany. 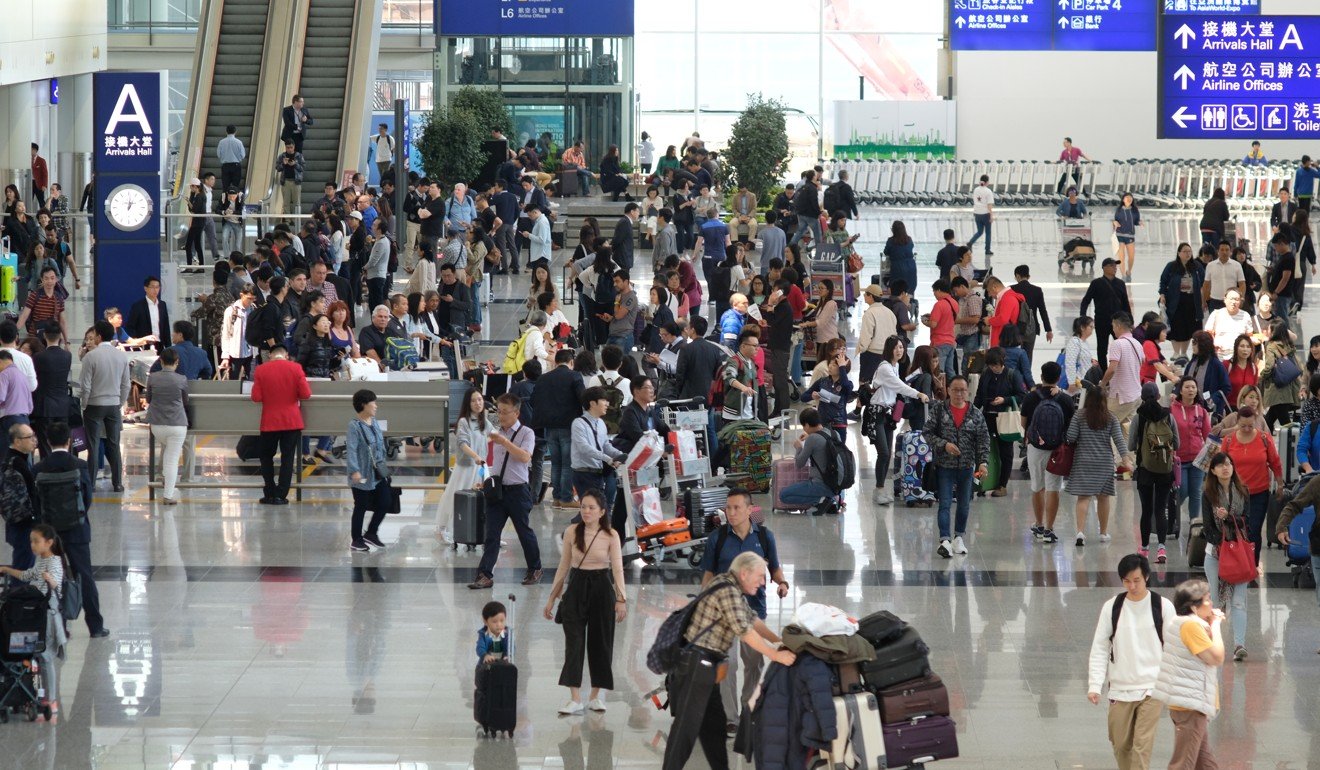 A subsequent probe found the boarding pass he was using belonged to Bruhat, who had entered Hong Kong the previous day. And he was also found to have used a forged French passport with particulars matching those of Bruhat.

The Sri Lankan man was repatriated the same day.

Bruhat was arrested at the airport on November 15 when he was attempting to leave Hong Kong and officers found he was carrying two boarding passes – one for Phuket and one for Paris, on HK Express and Air France respectively.

The court heard that during an interview under caution, Bruhat revealed that he came across a Spanish man in Bangkok in April last year and he was offered free travel to help someone to obtain a boarding pass. They exchanged contact details and six months later Bruhat was sent e-tickets. He was also referred to an Indian man, who was allegedly the “organiser”, who arranged for Bruhat to come to Hong Kong to give a boarding pass to someone else.

Bruhat then entered Hong Kong without continuing his onward flight to Düsseldorf.

He later received e-tickets for the flights to Paris and Phuket. On November 15, as instructed by the Indian man, he checked in at the counters of Air France and HK Express and obtained two boarding passes to the two destinations.

The court heard that he had planned to give his boarding pass for Paris to someone else. And he had intended to go to Phuket.

The Indian man had given Bruhat 20,000 Thai baht (US$600) and five free air tickets already and had promised to give him another 20,000 Thai baht when he arrived in Phuket to give the boarding pass bound for Paris to someone else.

Overview of the Immigrant Investor (EB-5) Program in Six Minutes

Man turns himself in after killing wife in argument

[ad_1] A man walked into a police station last night and turned himself over to authorities, saying he had killed his wife in a fight at their apartment. The 37-year-old man, originally from Gambia, approached […]

The fear of coronavirus is changing our psychology

[ad_1] Aarøe, for instance, has found that fear of disease can influence people’s attitudes to immigration. She emphasises this is part of the behavioural immune system’s “better safe than sorry” approach. “It’s a misinterpretation” of […]