The British journalist whose work visa was denied by the Hong Kong government has been forced to leave the city on Friday, as the press club he represented warned the incident created “an impossible working environment for the media”.

Financial Times Asia news editor Victor Mallet posted a photo taken at the airport departure hall on Twitter on Friday morning, though he did not reveal his destination.

“See Twitter,” Mallet said via text message in response to questions from the Post. He remained tight-lipped on whether he hoped to return or what his next move would be.

The Hong Kong Immigration Department’s decision not to renew Mallet’s work visa sparked major controversy and concern over press freedom in the city.

Although the department has refused to explain the decision, the move however was linked to Mallet’s chairing of a controversial lunch talk at the Foreign Correspondents’ Club (FCC) in August. The veteran journalist was the acting president of the press club at the time.

In a statement to the Post, the British Chamber of Commerce stressed Hong Kong’s rights and freedoms including speech, expression, information and rule of law are “core features” of Hong Kong’s special status under China’s governing principle of “one country, two systems” and key to being an international business centre.

The chamber, stating that it firmly supported Hong Kong’s special status as part of China, cited the government’s own survey of international business in 2017 to prove the point, as freedom of information ranked second overall among factors for foreign companies in choosing Hong Kong to run their businesses.

“The maintenance and upholding of these freedoms – in practice as well as in word – is vital to Hong Kong’s continued business success and to its reputation as the region’s leading business centre,” the chamber said.

The FCC stressed rule of law was essential for Hong Kong’s success as an international financial centre and that the implications for Mallet’s case went far beyond the club, the newspaper or Mallet himself.

“This visa decision suggests that free speech may not be permitted in certain unspecified areas,” the club said in its second statement following the row. 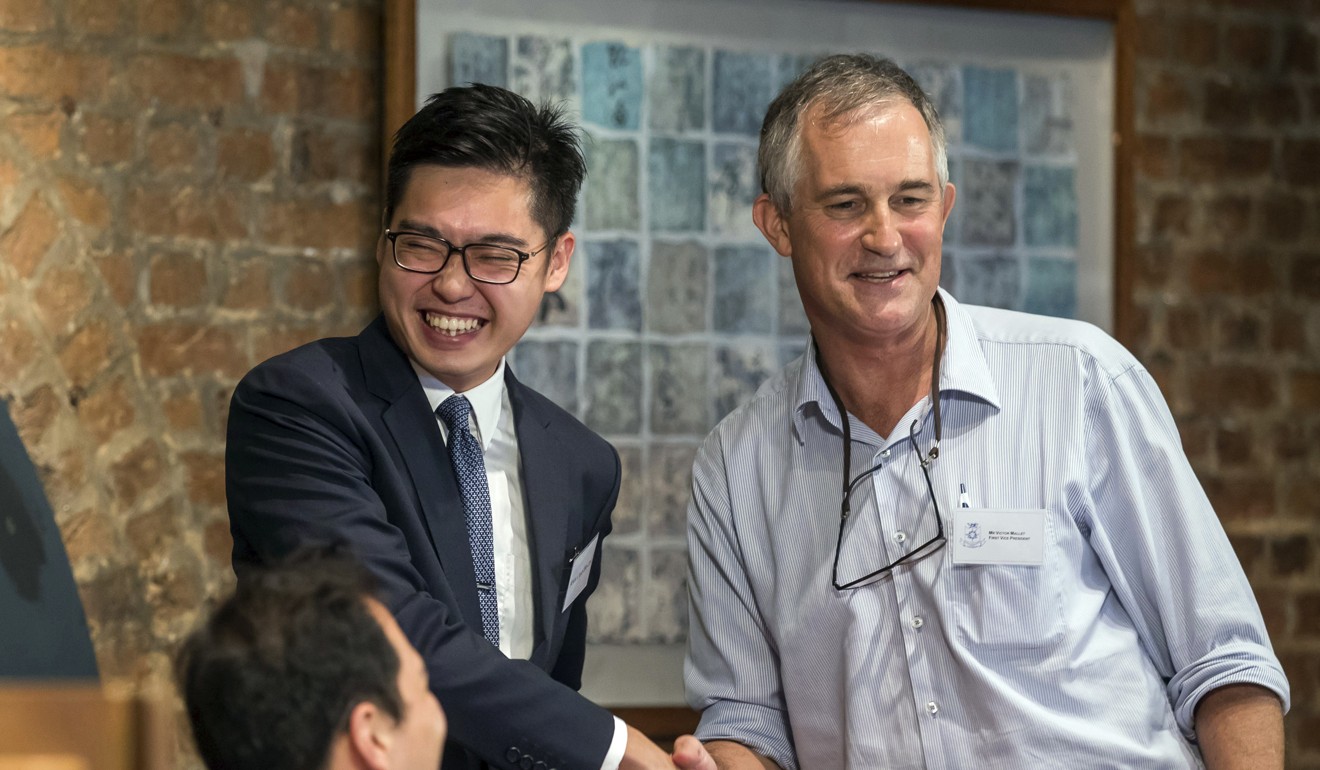 “The absence of an official reason or a clear explanation makes the decision appear arbitrary and lacking any basis in Hong Kong law and creates an impossible working environment for the media.”

Reiterating the government should explain and reverse the refusal, the club also stressed it was committed to its role of exchanging ideas and will continue to welcome speakers with a range of views including Hong Kong and Chinese officials.

Mallet had returned to the city from Bangkok on Sunday evening and was questioned upon arrival, receiving only a seven-day visitor visa, valid until the coming Sunday. British tourists are normally allowed to stay in the city for up to six months.

The Hong Kong government has repeatedly declined to explain the grounds for rejecting his application, citing a general practice by the immigration authority not to discuss such decisions.

A source with knowledge of the situation told the Post that Mallet’s colleague at the newspaper and other journalists had held a farewell gathering for him on Thursday.

Mallet had been intending to leave Hong Kong for his next assignment in several months and is on holiday, but the visa issue had forced him to depart sooner than planned. He has worked in the city for more than seven years, from 2003 and since 2016. 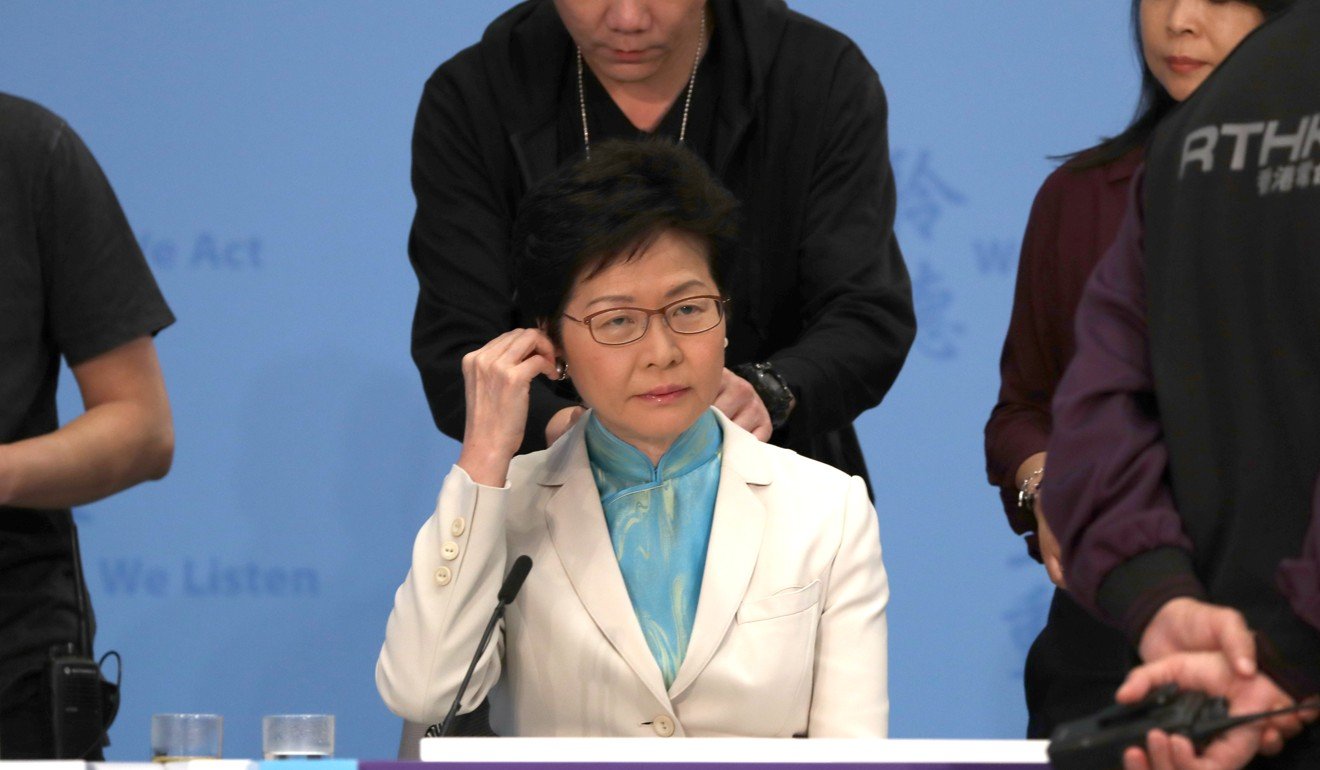 The source said the veteran editor was likely to have no immediate plans to return to Hong Kong in the near future.

Speaking on an RTHK radio programme on Friday, Chief Executive Carrie Lam Cheng Yuet-ngor reiterated that the Immigration Department would not disclose why an individual work visa was not renewed.

Asked if Beijing had a hand in the decision, Lam said immigration matters fell within the purview of the Hong Kong government.

Lam skirted the comparison drawn between the two cases, saying she would have to be accountable to the central government on matters pertaining to national interest.

In a reference to Mallet, she added that “since the particular case is likely to come forward for an appeal to the Chief Executive in Council, I cannot comment”.

[ad_1] Eight LGBTQ groups have expressed deep disappointment with Chief Executive Carrie Lam, saying questions on equal rights were ignored during her live Q&A session on Friday night. As part of a consultation exercise for […]

How to Get New Zealand Citizenship

How to get New Zealand citizenship? How to get a second passport that will allow you to travel freely around the world? For one, if you’re an entrepreneur, you … source YouTube Related Posts:UK election: […]

This video explains the dilemma faced by accountants and the options available to them. Please subscribe for more videos! We are Registered Migration … source YouTube Related Posts:Debenhams closure and Arcadia collapse put 25,000 UK…Trump’s […]