Fares for Hong Kong’s high-speed trains to mainland China can be discounted to woo more passengers, the city’s transport minister promised on Saturday, as he assuaged concerns over the profitability of the rail link that is set to begin service on September 23.

The MTR Corporation could offer promotional prices during non-peak hours or discounts through tour packages if there was demand or if seat occupancy was low, Secretary for Transport and Housing Frank Chan Fan said on a radio programme.

“We calculated the MTR Corp’s performance based on the rail service’s seat occupancy rate,” Chan said. But he added that the city’s rail giant – which is splitting fares for trips with mainland operator China Railway Corporation – would need to “liaise very closely with our counterparts on the mainland to suitably adjust the fare in a timely manner”.

For six short-distance stops to Shenzhen and Guangzhou, the MTR Corp will take 45 to 95 per cent of the fares, which are between HK$78 and HK$247.

The long-delayed and over-budget Guangzhou-Shenzhen-Hong Kong Express Rail Link, built at a cost of HK$84.4 billion (US$10.7 billion), will offer direct trips to 44 mainland destinations and is expected to carry 80,100 passengers a day. 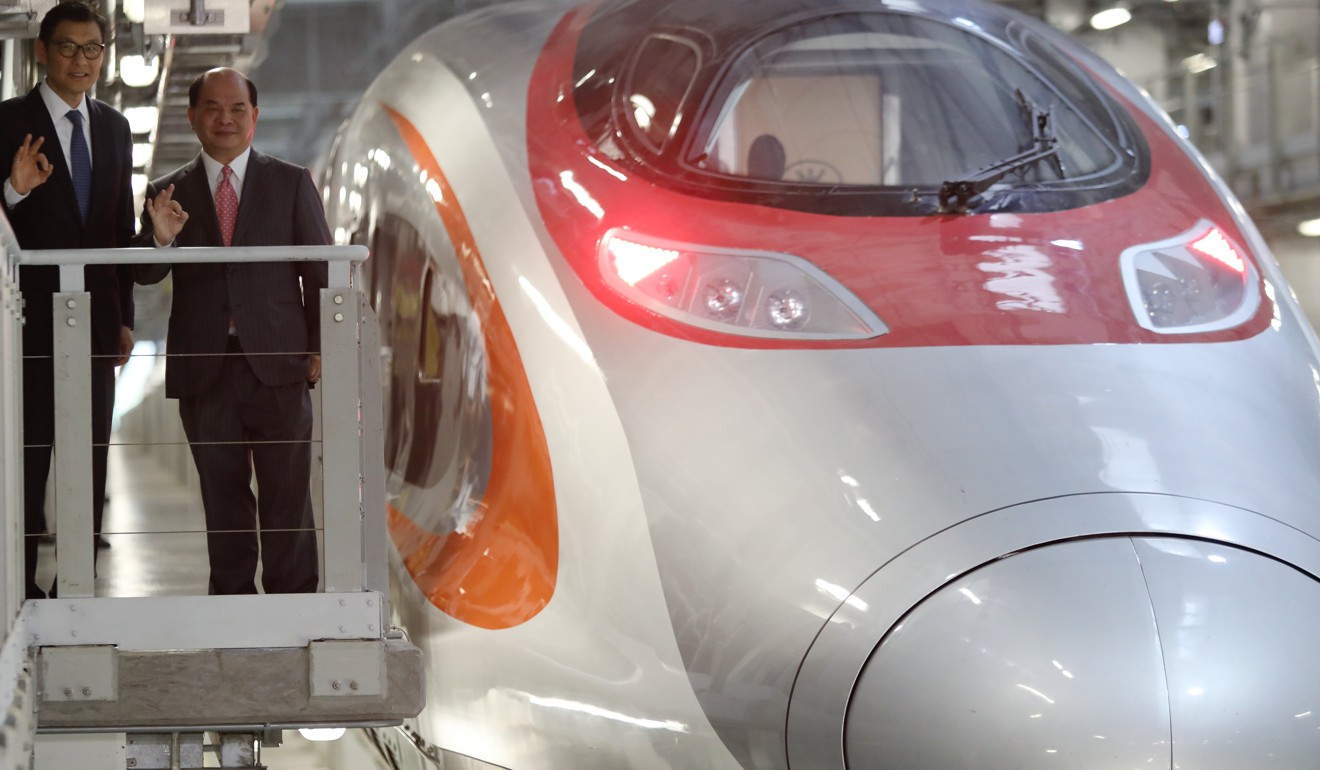 Critics have questioned if the number is inflated and whether the MTR Corp, which has the right to operate the Hong Kong portion of the rail link for 10 years, will earn an expected profit of HK$199 million in the fourth quarter of this year.

About 90 per cent of the MTR Corp’s HK$671 million revenue this year is expected to come from ticket fares with the rest from advertising and rental of outlets from West Kowloon terminus.

Deputy Secretary for Transport and Housing Kevin Choi Kit-ming, speaking on the same programme as Chan, maintained there was “minimal” risk of the MTR Corp incurring a loss.

The rail giant’s agreement with the government, signed with statutory public entity Kowloon-Canton Railway Corporation (KCRC), includes a risk sharing mechanism that will kick in if the difference between projected and actual passenger flow is more than 15 per cent. 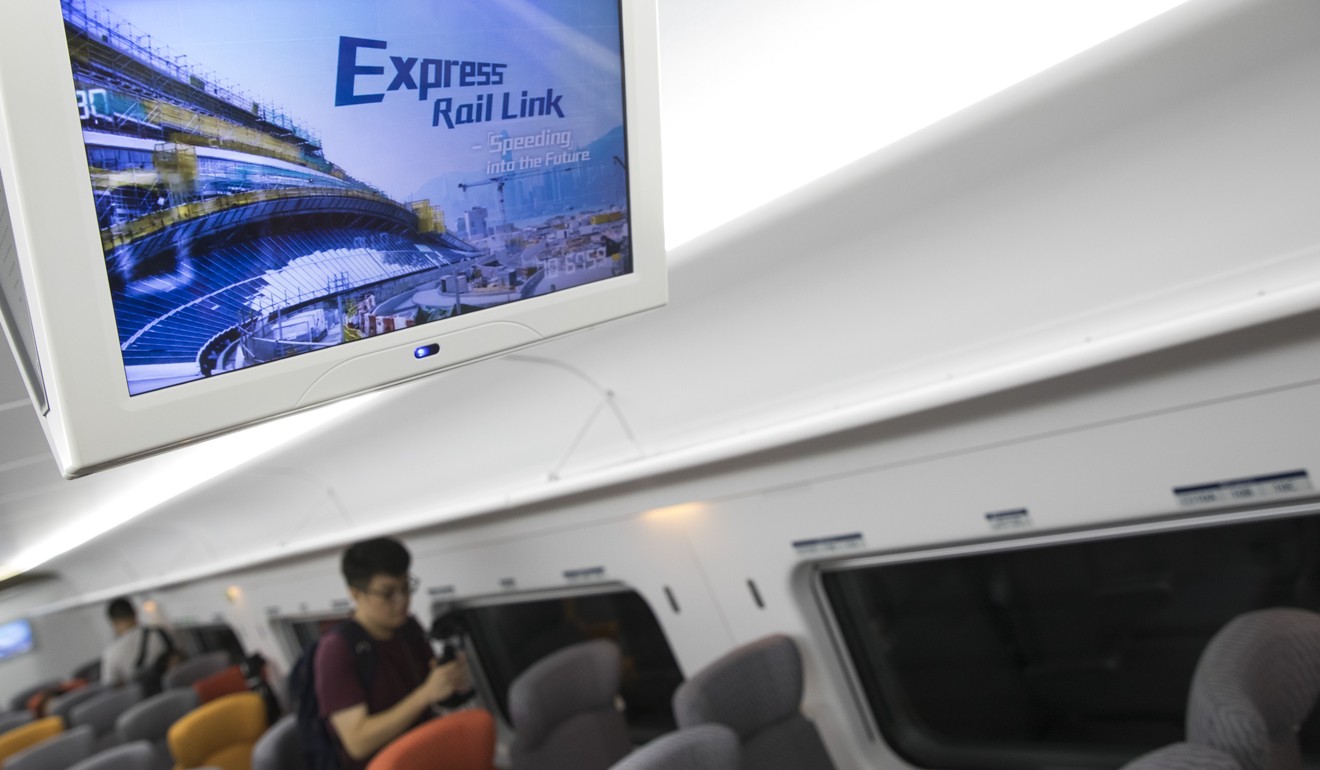 But while the government has publicly declared it expected 80,100 people to ride the trains this year, with the number increasing to 95,000 in three years, the projected passenger flow under the deal with the MTR Corp is lower, meaning the KCRC is less likely to absorb losses.

Choi refused to disclose the figure when he was pressed, only describing it as a “conservative estimate”.

“For this figure, we are very confident that the express rail will hit it,” Choi said.

Meanwhile, Civic Party lawmaker Jeremy Tam Man-ho said if the MTR Corp lowered its passenger flow estimate, this showed it had no confidence in meeting the targets set. He said he believed authorities had adopted a lower projected figure because they wanted to “manage expectations”.

Pro-establishment lawmaker Michael Tien Puk-sun, who chairs the Legislative Council’s railways subcommittee, said he had no issues with the move, which made sense for the government.

“The lower the number, the more beneficial it would be for them,” Tien said.

On Saturday’s radio show, Chan said a previous exercise showed it would take 30 minutes for passengers to clear immigration and customs in Hong Kong, under a so-called co-location arrangement that allows mainland officials to enforce their laws over a designated part of the West Kowloon terminus.

But it was appropriate for the MTR Corp to tell travellers to arrive 45 minutes before their train departure time, especially during peak periods when passenger numbers were high.

He also brushed off claims the prediction on the internal rate of return – 2 per cent – was low. He said the rail link was public infrastructure and it could help passengers save time and generate economic benefits, while boosting retail, tourism and other sectors.

The minister sounded a warning to the rail giant, which has in recent months been criticised for shoddy work and not reporting problems along the Sha Tin-Central link, the city’s costliest rail project.

“I would expect the MTR Corporation to timely and openly report to the public and to the government on anything it finds unusual or not in order because that is the expectation of the Hong Kong community as well as the government,” he said. The MTR Corp is set to host an open day at West Kowloon terminus on September 1 and 2, and on Saturday morning distributed 20,000 free tickets to people to participate in the event. Tickets handed out at different spots were snapped up within 30 minutes to two hours.

This is for Quebec Immigration New system. source YouTube Related Posts:Quebec holds biggest immigration draw in over a yearMovies on TV this week: April 12 ‘Network’ on TCMDoctors, nurses, porters, volunteers: the UK health…The 100 […]