When Saddam isn’t studying to become an accountant, the 29-year-old is part of Australia’s defence against COVID-19.​

For the past year, the international student from Nepal has been working part-time as a cleaner at a school in Melbourne’s north.​

“We cleaners are doing our work, we are struggling more and we are putting ourselves at a risk to clean everything,” he told SBS News. ​

But as lessons moved from the classroom to online, his shifts at the school were cut. Without access to any government support, it made living that much harder.​

It’s a similar story for many in the workforce, which heavily relies on Australia’s migrant community. ​

Several cleaners have lost their jobs as large employers such as universities and CBD offices remain virtually empty. ​ 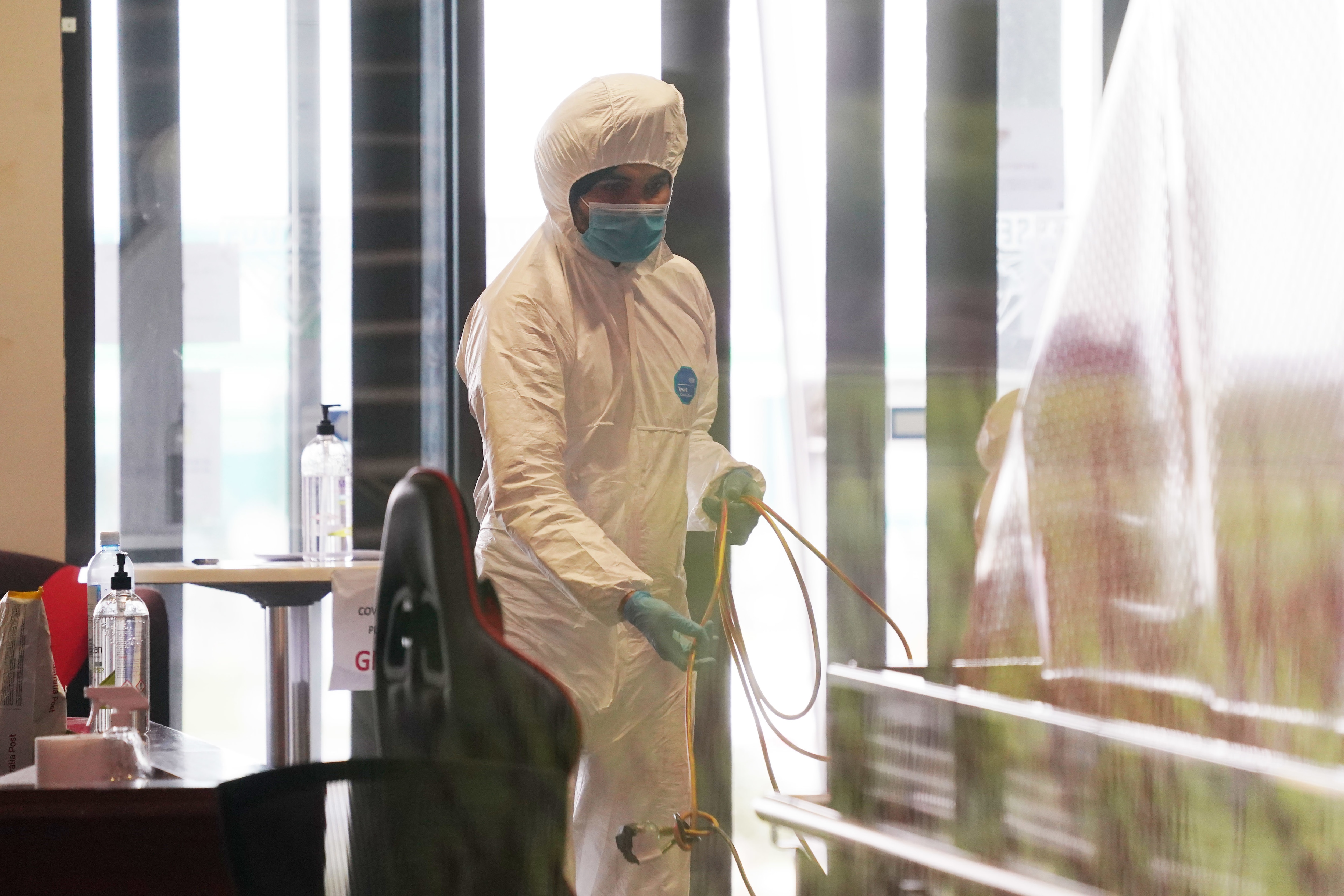 A cleaner at work in Melbourne.

Carla Wilshire from the Migrant Council of Australia says they are a vulnerable cohort. ​

“In the cleaning industry you see a significant number of migrants, particularly temporary visa holders, international students, as well as those who are dependents of other temporary workers,” she said.  ​

“Temporary workers who aren’t eligible for Centrelink and don’t have access to JobSeeker or JobKeeper, that loss of income can be very, very meaningful and can have a direct flow-on in terms of consequences not only for them but for their family.”​

But it’s an industry impacted in different ways.​

Many cleaners are busier than ever as COVID-19 calls for extra sterilisation of workplaces and public places. ​

For those who have kept their jobs, Georgia Potter Butler from the United Workers Union says concern is growing among those it represents, that their work isn’t as good as it should be.​

“Critical to getting the economy back open is people feeling safe in public spaces and people will feel safe if they know they are clean and they are cleaned thoroughly,” she said.

“At the moment they shouldn’t necessarily feel that way because there is a gap between public expectation and what cleaners are able to do because of the way contracts are structured.”

She says that’s because cleaning is largely seen as a necessary expense rather than one that’s invested in. ​

A national survey of more than 500 cleaners conducted by the union during the pandemic and released in May found 91 per cent are rushing essential cleaning work because they’re not given enough time, and eight in 10 don’t always have enough cleaning equipment. ​

More than three quarters say they don’t have enough personal protective equipment to do their job safely and 70 per cent said they receive no face-to-face training. ​

Additionally, 77 per cent fear losing their job with 86 per cent saying they’re not paid what they’re worth. ​

Saddam says he was given no training, lacks the proper resources, and his wage doesn’t keep up with rising living costs.

Ms Potter Butler said “the equation for quality cleaning is really simple; train cleaners up, give them enough time to do the job, give them enough resources and they will deliver for you but the contracts, procurers of cleaners, don’t structure their contracts in that way”.  ​

In some positive news for the sector, the International Monetary Fund predicts employment in cleaning will temporarily triple next year as the world continues to grapple with COVID-19 until a vaccine becomes available.​

Saddam has now picked up more work as a second wave of the virus impacts Victoria.

Residents in metropolitan Melbourne are subject to stay-at-home orders and can only leave home for essential work, study, exercise or care responsibilities. People are also advised to wear masks in public.

People in Australia must stay at least 1.5 metres away from others. Check your state’s restrictions on gathering limits.

If you are experiencing cold or flu symptoms, stay home and arrange a test by calling your doctor or contact the Coronavirus Health Information Hotline on 1800 020 080.

News and information is available in 63 languages at sbs.com.au/coronavirus

Have you filed your 2018 tax return? A few things to keep in mind…

Is it worth to go to Germany from India, on a job seeker visa?