Their faith put them behind bars and in a mental hospital. They endured torture and threats from Muslim radical groups – including Islamic State – for being Coptic Christians. But their love pulled them together in a journey from Egypt to Hong Kong, where they thought they would find safety – but instead found themselves thrown in detention.

Hani Shalaby, a high-profile Coptic Christian, and Sawsan Elshafey, a Muslim who converted to Christianity, carry the weight of belonging to one of the historically most persecuted religious groups in the Muslim-majority nation.

“I remember trying to put excrement on myself to prevent them from sexually harassing me,” Shalaby said, recalling an episode at the Lazogly Square headquarters of the State Security Intelligence in Cairo – one of at least 10 times the 41-year-old has been detained in his life.

During another of those occasions, he was held for 17 months without charge at the Al-Gharbaliat Prison in the desert of Alexandria. 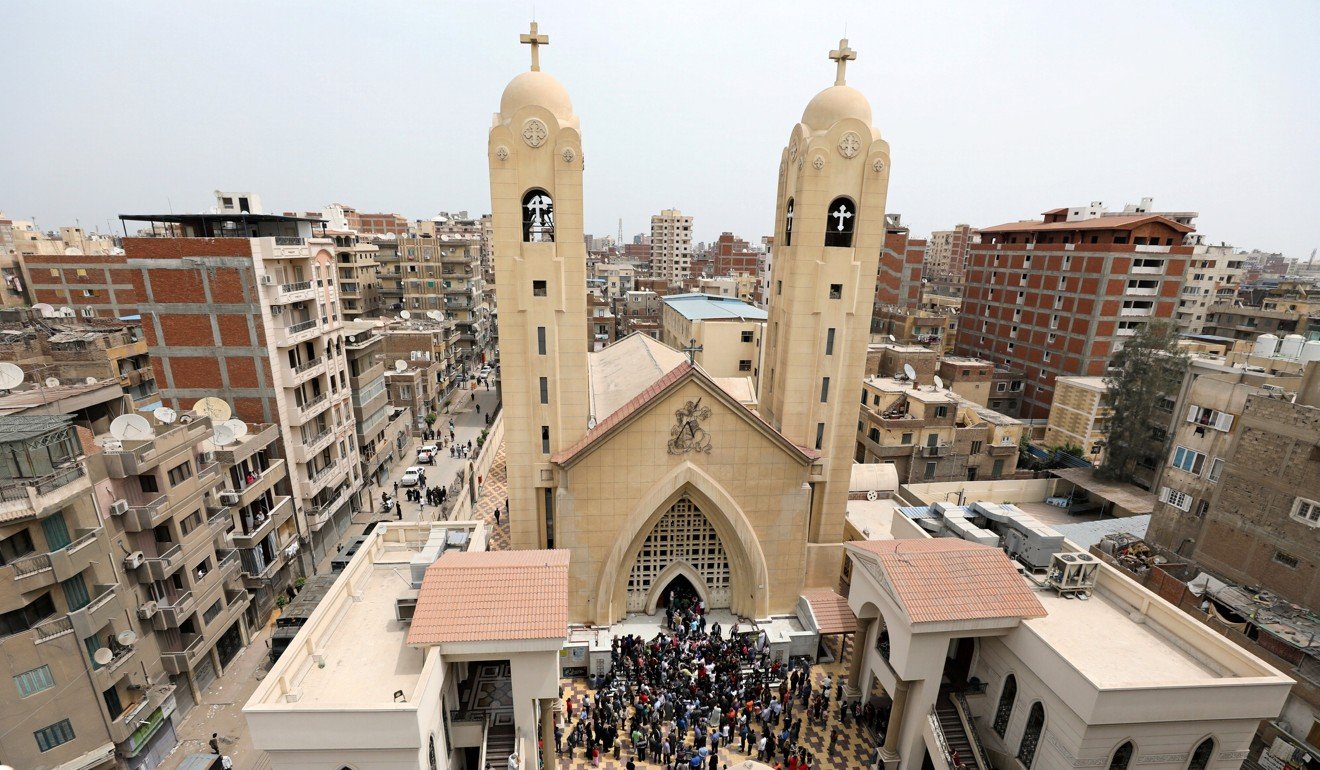 “I was tortured frequently with electric shocks and beaten badly. The torture was excruciating and caused black liquid to leak from my left eye, eventually resulting in loss of vision,” he said in written statements seen by This Week in Asia.

Born into a deeply religious family, Shalaby – who was involved in building churches and preaching – said he faced repeated attacks from a young age. That included “battery, death threats against me and my family, setting my car on fire, shooting at my car and vandalising my accommodation”.

India: no country for Muslims

Moving locations within his home country and filing police reports were no help. “I have tried to move to different places in Egypt to avoid the extremists … but the harassment and violence I face as a Coptic Christian still has not subsided.”

In 2015, after at least one failed escape attempt, Shalaby fled Egypt for Dubai and then South Korea. That year, he was convicted in his home country of contempt to the Islamic religion in absentia and sentenced to five years in prison. Shalaby had been accused of publishing videos and using social media to insult Islam and call for sectarian conflict between Muslims and Coptic Christians.

It was 2017, in a Catholic church in the South Korean seaside city of Ulsan, where he eventually married Sawsan Elshafey, 40. And like him, she was running for her life.

“I was raised as a Muslim but converted to Coptic Christianity around 2014, and was baptised in August 2017. I wear a cross tattoo on my wrist, a symbol and public declaration of my Coptic Christian faith,” Elshafey said.

She was previously married to a Muslim man and had three children when she decided to convert to Christianity.

“When my ex-husband learned about my conversion, he divorced me in late December 2014 in an attempt to force me to convert back to Islam.

“As a Christian convert, I began to face significant societal discrimination in the form of rejection, ostracism and violence from my community.” Elshafey soon became a sort of YouTube star, posting videos online about the Bible and other religious topics. That made her an easy target for harassment, threats and attacks both from strangers and her own family.

“I found myself in a well-known mental hospital in Cairo. During my three weeks in hospital, I was prescribed severe mental medications … and injections. I was subjected to electric shocks and the hospital refused to release me despite my requests,” she recalled. “In order to secure my own release, I was forced to lie to the mental hospital that I had converted to Islam. I was then released on the condition that I continued to take mental disease medication and remained on electric shock therapy.”

After leaving the hospital, she spent years running from relatives who refused to accept her religious conversion. In 2017, she finally escaped to South Korea with the help of Shalaby, with whom she had been communicating online. 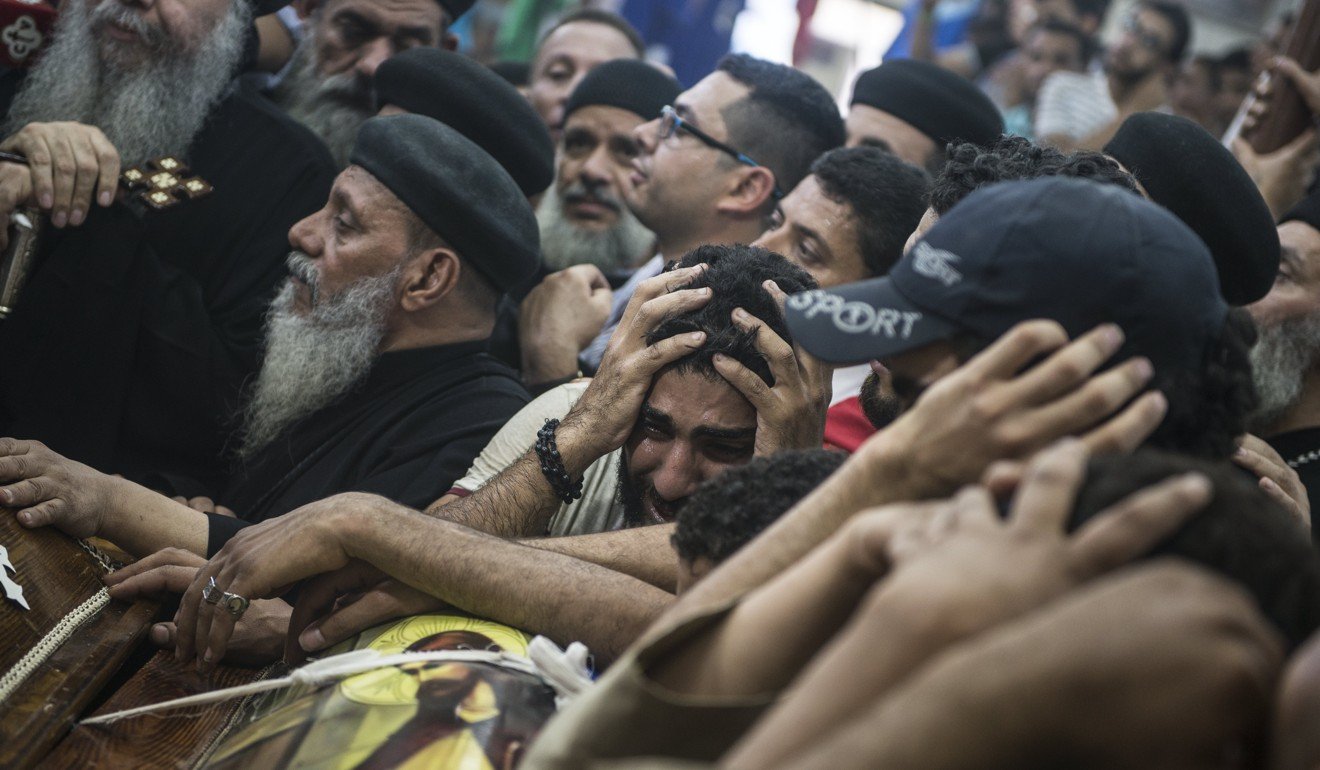 According to the latest World Watch List, by the charity Open Doors, the situation for Christians in Egypt has further deteriorated in the past year, with Islamic State naming the country as its next target. Catholic churches have been regularly attacked and in some cases, young girls have been kidnapped and forced to marry Muslims.

But even the 8,891km separating Egypt and South Korea were not enough to end the couple’s ordeal. “One week before our wedding, my husband and I were attacked by a group of Egyptians in South Korea. My husband was severely bruised, especially on his eyes,” she said.

The threats continued and the couple was again forced to move from city to city, until finally fleeing the country that had once been their saviour.

“I have received many death threats against me and my family. Extremists have, by text and letters, threatened to kill me with their bare hands,” Shalaby said. “With excruciating detail, Islamic extremists have also described how they plan to rape my sister while [I’m] forced to watch.”

This Week in Asia saw some of the threatening letters and WhatsApp messages – most of them with graphic content – written in Arabic, which the couple said were sent by an Islamic State member in January.

“You one-eyed Christian, all the sheikhs in Egypt have allowed killing you, you [are] filthy,” one of the messages read.

The couple say that when they landed at Narita International Airport in Tokyo, Japan, they tried to file a refugee claim there, but authorities ignored the request. The two ended up stranded for eight days.

“I was put in an untenable position where the authorities gave me no choice but to leave and come to Hong Kong,” Elshafey said.

The couple, who along the way posted several videos online – viewed by hundreds of people – arrived in Hong Kong early on May 31. Here, instead of walking free as they had expected, they were detained and are currently being held at the Castle Peak Bay Immigration Centre, the city’s largest facility for immigration offenders. “They should have never been detained … By putting them in detention, what they are doing now is re-traumatising them,” their lawyer Patricia Ho said. “All they need is to get help.”

Ho said the couple had faced several hurdles while in detention.

“They are very frustrated … They think the treatment they are facing at the hands of immigration is unjust. They feel deprived of their rights to fully represent themselves in seeking asylum,” she said.

Ho said Shalaby and Elshafey decided to reveal their identities despite the risk of attracting unwanted attention from their chasers. “Any shady behaviour or unlawful, unrighteous behaviour … they take it as their core values to expose these things. So they are aware of the risk, but they are willing to take it,” Ho said.

‘When are you going back to Arabia?’ How Chinese Muslims became the target of online hate

A spokesman for the Immigration Department declined to comment on individual cases, noting that the detention of protection claimants may happen for a variety of reasons and take a “reasonable” period of time.

Lawyers say those waiting to have their claims screened should be detained only if a decision is expected soon.

The screening of claims usually takes several years. The few that are substantiated are then referred to the UN Refugee Agency, responsible for finding resettlement in a third country.

According to official statistics, nine Egyptians had their protection claims substantiated in Hong Kong between late 2009 and June 2018. Ho said her law firm had dealt with at least a dozen cases of Coptic Christians in recent years.

“This is a rock solid invincible case,” Ho said. She said there had been thorough analysis in the UK about the risks faced by Coptic Christians, with some groups being considered particularly vulnerable, including converts and people involved in building churches.

“The immigration [department] is mishandling them even though they are clearly victims … It is clear that they should have protection. All the extremely high-level, frequent and personal threats show that what they face is real, imminent and far-reaching.” ■

Hi friends, This video is specially for those persons who want to know about the CANADA EXPRESS ENTRY POINTS SYSTEM. If you want to know more then … source YouTube Related Posts:Random Happenings in New […]

Live: Coronavirus daily news updates, May 30: What to know today about COVID-19 in the Seattle area, Washington state, and the world

[ad_1] Gov. Jay Inslee unveiled a new coronavirus recovery plan Friday — days before his existing stay-at-home order expires — which could soon allow a range of businesses in King, Snohomish and Pierce counties to […]